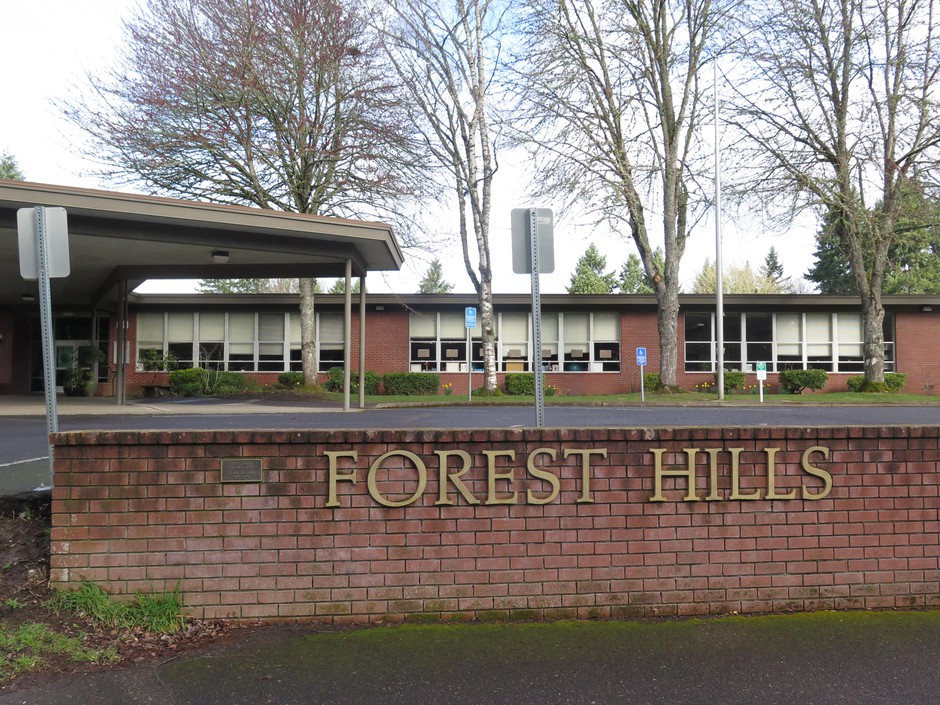 State health officials said the cases had no known close contacts with confirmed cases, and are considered community spread.

Officials said they are deploying an Infection Control and Specimen Collection Strike Team to Linn County, and will test all residents and care providers.

Oregon Department of Veterans’ Affairs Director Kelly Fitzpatrick said “our highest priority has always been the health and safety of our most honored veteran residents that we serve in our two veterans’ homes.”

The Oregon Health Authority and the Oregon Department of Human Services have issued strict policies to limit exposure at long-term care facilities.

The new cases are individuals living in Polk, Marion, Umatilla and Deschutes counties. All but one of the new patients hadn’t been in contact with other known patients.

The Umatilla County patient is a close contact with that county’s first case, said OHA.

There are currently 62 pending tests in Oregon.

The COVID-19 virus, a relative of other viruses like SARS, was first identified in Wuhan, China, late last year.

Nearly 40 people have died in the U.S. from the virus. Most of those deaths have been in the Seattle area.

The NBA suspended its season Wednesday after Utah Jazz player Rudy Gobert preliminarily tested positive for the coronavirus. The league is currently evaluating next steps.

The NCAA announced Wednesday that its Division I basketball tournaments will be played without most fans, meaning big changes — and fewer cheers — for several Oregon teams.

The Oregon Ducks men’s team won the Pac-12 regular season title and are likely to make the NCAA field. The Ducks women’s team has consistently been one of the top teams in the country all season, and both Oregon and Oregon State could be in line to host early round tournament games at home.

And the Moda Center is scheduled to host the women’s tournament at the end of March.

The Pac-12 made a similar call later Wednesday, announcing the men’s basketball conference championships in Las Vegas would continue without spectators.

The Oregon School Activities Association, which is holding state basketball championships this week, is continuing with events as scheduled, with fans, for now. OSAA executive director Peter Weber said the possibility of cancellation or limited spectators has come “more to the forefront” as national and regional organizations have announced restrictions on large events.

“Our mission as a union is to improve the quality of life for our workers, their families and dependents by striving to create a more just society,” Maggie Long, executive director of the SEIU Local 49 said at Wednesday’s meeting. “All workers at PDX, regardless of race, class, sex or job classification, must have access to a set of basic rights on the job.”

Long introduced an airport workers’ Bill of Rights to the Port’s commission including three key points.

“The Port of Portland needs to hold airlines accountable and ensure everyone who works at this world class airport has a living wage, affordable health insurance and access to paid time off,” Long said.

“Front line workers who assist passengers to and from flights, cleaning planes and cleaning the terminal are in need of your support today,” Smith said to the commission. “These workers who make low wages also lack robust benefits such as sufficient time off and affordable healthcare.”

She added that the continuing spread of the COVID-19 virus “makes this commission’s immediate and deliberate action all the more necessary.”

Port of Portland Commission President Alice Cuprill-Comas said the commission would continue to meet and discuss the union’s requests.

“We’ve had a number of meetings and will continue to do so and take your suggestions seriously and analyze them as quickly as we can,” she said. “We’re also very focused on COVID-19.”

University of Oregon officials announced Wednesday that students will take classes remotely for the first three weeks of spring term. Officials also canceled all nonessential events and gatherings of more than 50 people.

No final exams for winter term will be offered in person.

Residence halls will remain open over spring break “and beyond,” with limited dining during spring break. All nonessential university travel, both domestic and international, is suspended indefinitely.

Lane County has no reported cases of COVID-19 as of Wednesday afternoon.

At least 25 people have died in the U.S. from the virus, according to the U.S. Centers for Disease Control and Prevention. Twenty-two of those deaths have occurred in the Seattle area, according to Seattle and King County Public Health.

As of Wednesday, March 11, there are 267 reported coronavirus cases in Washington, according to the Washington Department of Health.

That social-distancing requirement would not apply to schools, according to the Associated Press.

Clark County canceled its State of The County event scheduled for Wednesday evening.

“Public Health is not currently recommending restrictions on public events or gatherings,” Clark County Council Chair Eileen Quiring said in a statement. “However, given that some people may be concerned about attending public events at this time, we are canceling tonight’s State of the County.”

Clark County has one positive case of the virus, according to Clark County Public Health.

Clark College announced Wednesday that it would move some classes online.

The Portland Business Journal reported Wednesday that Adidas sales in China fell 80% between Jan. 25 and the end of February due to the coronavirus outbreak.

The company said it expects China sales in the first quarter to be as much as more than $1 billion under last year’s level.

Adidas, which has its North American headquarters in North Portland, is the first local company with a significant presence in China to report quarterly sales since the start of the outbreak, the Business Journal reports.

The Resilient Elections During Quarantines and Natural Disasters Act of 2020 would require all states to offer an option for voters to vote by mail or drop off hand-marked paper ballots if 25% of states declare a state of emergency due to COVID-19 (or any other infectious diseases or natural disasters).

“No voter should have to choose between exercising their constitutional right and putting their health at risk,” Wyden said in a statement. “When disaster strikes, the safest route for seniors, individuals with compromised immune systems or other at-risk populations is to provide every voter with a paper ballot they can return by mail or drop-off site. This is a nonpartisan, commonsense solution to the very real threat looming this November.”

Oregon is one of 34 states, along with the District of Columbia, to offer “no excuse” absentee voting by mail, Wyden said.

Even if the 25% threshold is not met, governors would have discretion to trigger the bill within their state by declaring a state of emergency. The bill would also require states to offer envelopes with prepaid postage to voters. It would provide $500 million to fund emergency vote-by-mail efforts.

Nearly 22 million children receive free or reduced-price at their public schools nationwide according to the Committee on Education and Labor.

The COVID-19 Child Nutrition Response Act will “create a nationwide waiver authority, allow school officials to distribute food in any number of settings across nutrition programs, and allow for flexibility on meal components if food supply or procurement is disrupted,” according to the release.

As of Wednesday morning, 1,251 schools have closed or are scheduled to close in response to the coronavirus, affecting more than 850,000 students with the numbers climbing according to Education Week. While no schools in Oregon have closed long-term, schools nationwide are closing due to a number of reasons related to COVID-19, including exposures, cleaning or extended closures.

Bonamici serves as chair of the Subcommittee on Civil Rights and Human Services.

“As we continue to take necessary precautions because of the coronavirus, we must make sure that students can access nutritious meals if their schools are closed,” Bonamici said.

“School meals are often the only source of wholesome food for students, and this bill will make it easier for schools to continue serving the meals students rely on to stay healthy.”