The author contends that Buehler continues to work against efforts that protect access to comprehensive healthcare coverage, including contraception.
By:
Grayson Dempsey 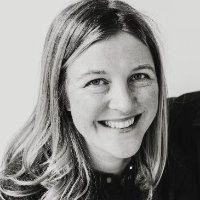 OPINION -- In case you missed it, Oregon gubernatorial candidate Knute Buehler and I have been engaged in debate about his claim to be a “pro-choice” candidate. In my August 9th editorial “Don’t be fooled. Knute Buehler is not pro-choice,” I asserted that “Pro-choice legislators understand that without affordable access to these vital reproductive health services, women and their families are not truly able to make the decision about when and if to become pregnant” and called Buehler out for his recent no vote on the Reproductive Health Equity Act, a bill that protected and expanded the reproductive health coverage of the ACA and affirmed the right to legal abortion in our state. Buehler responded by asserting that the “pro-abortion lobby” is in favor of “taxpayer-funded, un-checked, and on-demand” abortion services, while still managing to refer to himself as “moderate, independent-minded and balanced.” His offensive tone and attack not only on NARAL Pro-Choice Oregon but on respected healthcare providers such as Planned Parenthood should be enough to show voters his true colors when it comes to this issue, but for those who may still wonder why his pro-choice claims don’t hold water, let’s take a look at his voting record.

The two bills that Buehler continually cites as proof of his pro-choice leadership are HB 2879 and 2527, which he incorrectly refers to as “over-the-counter birth control laws”. Buehler’s support for “over the counter” contraception was taken right out of the Republican playbook and is a strategy that has been employed by several of his colleagues nationwide.

A 2015 report from the Guttmacher Institute, a highly regarded research institute that specializes in reproductive health, shows that “Conservatives, including those who had taken a hard-line stance against reproductive rights, saw OTC birth control as a winning strategy to deflect allegations that they were waging a ‘war on women.’”

Guttmacher concludes by saying that “Policymakers could demonstrate their seriousness in advancing reproductive health by strengthening contraceptive coverage under the ACA, rather than seeking to undermine it. They also could commit to supporting rather than attacking safety-net family planning centers, increasing funding for the Title X domestic family planning program, advocating for additional states to adopt the ACA’s Medicaid expansion, promoting comprehensive sexuality education, and encouraging and increasing funding for research and development of new contraceptive technologies. This is what meaningful support for contraceptive access looks like.”

Buehler refers to these as “over-the-counter” bills, but what this legislation actually does is make it possible for women to obtain prescriptions for a limited number of contraceptive methods directly from a pharmacist. This service was not covered by insurance companies in the original 2015 legislation, and the 2017 law sought fix to this bill which now allows women to get this prescription without the additional $40-$60 fee.

NARAL Pro-Choice Oregon supports any legislation that expands access to contraception. But we dispute Buehler’s claim that the impact of his bill is so significant that it is the reason that abortion rates are declining in this state. To the contrary: abortion rates have been in decline nationwide ever since the landmark ruling Roe Vs. Wade legalized abortion in 1973.

Portland Monthly examined the real impact of Buehler’s bill in an article entitled Are Oregon’s new birth control laws actually helping anyone? (January 2017), which states, “Given the law’s many limitations, it’s worth asking whether this legislation is actually helping Oregonians more easily access birth control.” NARAL Pro-Choice Oregon’s Program Director Hannah Rosenau is quoted in the article as saying, “‘If someone knows they use the pill or the patch, and they’ve called their pharmacist to see if this is an option, they can [use this new option]. But if they want to be secure that they can get in, leave the same day with any method they want, and not be charged for it, we still think a local health center or Planned Parenthood would probably be the best option.’”

Buehler claims to want to lower abortion rates, but seems not to understand that contraception only works when women can afford it. And let’s not forget that he is a member of a party whose standard bearer, Trump, has said that women should be punished for having abortions and who has proven to be even more hostile to reproductive rights than George W. Bush. Buehler’s own Congressman, Greg Walden, was one of the chief architects of the ill-fated ACA repeal law that would have closed Planned Parenthood clinics around the country and made pregnancy a pre-existing condition.

In the one instance that Buehler has had to take a vote on abortion during his time as a legislator, on a bill that created equal coverage of contraception, abortion, postpartum and essential medical services like cancer screenings as well as codified the right to legal abortion (which was established 44 years ago under Roe v. Wade), he voted no. There is too much at stake for women’s healthcare to for Oregon to elect a governor that we can’t count on to defend safe, legal abortion.

When Buehler quotes Bill Clinton’s 1992 “safe, legal and rare” speech, what he doesn’t understand is that a lot has changed in the past 25 years. Pro-choice advocates recognize that “safe and legal” can be meaningless for women who cannot access or cannot afford the procedure. When Buehler says “pro-choice with certain limitations”, we see what those limitations look like in other states: mandatory waiting periods, state-mandated counseling sessions, or — most recently in Texas — a bill that prohibits insurance companies from covering abortion care unless a woman’s life is in danger.

Oregon is proud to be the most pro-choice state in the nation, and our voters have shown again and again that the harmful barriers conservatives put in the way of safe, legal and affordable healthcare are unacceptable in our state. These barriers and restrictions were never about saving money or lowering abortion rates — they are about shaming and punishing women and disproportionately affect the most vulnerable populations. NARAL Pro-Choice Oregon is proud to stand up for women and families, regardless of their income, zip code, insurance type of citizenship status, and we believe that voters will ultimately see through Buehler’s thin support for the values that we hold most dear.

Grayson Dempsey is the executive director of NARAL Pro-Choice Oregon and the Oregon Foundation for Reproductive Health.