Mike Kreidler has launched a market conduct examination of Regence BlueShield and Asuris Northwest, following an investigation earlier this year
By:
Diane Lund-Muzikant 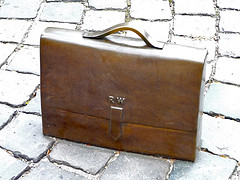 December 15, 2011 -- Mark Ganz, CEO and president of Cambia Health Solutions (formerly known as The Regence Group), isn’t out of the woods yet.

Even though Mike Kreidler, Washington’s insurance commissioner, has concluded an investigation into system-wide problems that led to a litany of complaints about Regence BlueShield, and has not imposed any penalties, he’s decided to launch a market conduct examination that will analyze the company’s operations along with
Asuris Northwest, a healthcare services contractor that is a subsidiary of Cambia Health Solutions based in eastern Washington. That exam is expected to take a year to complete.
When asked about this new development, Georganne Benjamin, assistant director of strategic communications for Cambia Health Solutions, told The Lund Report, “We will not be providing a comment.”

Rich Roesler, public affairs spokesperson for the Washington insurance commissioner, couldn’t say what prompted this market conduct exam, but did say Kreidler wanted more information about the issues raised with Regence in September.

That meeting, attended by Ganz and his top brass, included insurance commissioners from Utah, Idaho and Oregon and was called by Kreidler to discuss ongoing problems with Regence.

“My suspicion was that this was a systematic problem affecting all the states, but after talking with regulators I learned that Washington had a disproportionate share of those problems, not close to what we’d been experiencing, which surprised me,” Kreidler said.

During the investigation, the commissioner’s office learned that Regence BlueShield had been withdrawing insurance premiums from the wrong bank accounts, and, in some cases, those accounts actually belonged to people who weren’t even Regence members. Thousands of claims weren’t being paid on time, particularly for retirees who were members of the state’s Public Employees Benefit Board.
Regence had also caused distress among members who were scheduled for a surgical procedure within 72 hours, but learned the insurer had changed its mind and decided it would no longer pay for the operation

Following the September meeting, Bill Barr, executive vice president of health insurance services, acknowledged that Regence had “some service-level issues and resolving them is a top priority,” according to a September 19 letter he sent to the insurance commissioner’s office. “We are making every effort to minimize adverse impacts to our members, employers, providers and business partners.”

The market conduct exam, now under way, will allow Kreidler to “get a firsthand look at things and try to determine whether these issues are one-time glitches or pervasive problems,” Roesler said. “The advantage of this approach is that a market conduct exam allows us to actually go on site and pull documents and look at random files.”

Typically such an examination looks at claims, insurance rates, provider contracts, company operations and management and membership, including large turnover among policyholders

Although the commissioner’s office cannot release any information until the process has been completed, “the very nature of these exams means that we’re examining and analyzing significant amounts of proprietary information,” Roesler said.
In 2007, Washington changed the law governing such exams. “Instead of doing routine exams on a regular schedule, the law now allows us to conduct a variety of monitoring activities and analysis, doing a full exam only when we think it’s merited,” Roesler added. “Other than a couple of multi-state exams that were ongoing, this will be the first major market conduct exam since the law changed.”
Washington’s insurance commissioner conducted a market conduct examination of Regence in 2004, looking at the company’s operations from July 2001 through December 2002.

Regence BlueShield has more than 1 million members as the state’s largest insurer in Washington. In January it began managing the state employee benefits, paying their claims as a third-party administrator. That four-year contract is worth $33.4 million the first year alone.

Yikes, now a market conduct exam! These are a big deal: the OIC goes onsite and sift through your work practices with a fine-tooth comb. It is a costly, resource-intensive process. How long until Jonathan Hensley jumps ship (again)?? For all the talk about holding the Board accountable, how about demanding some accountability from the President, for god's sake? I don't see that happening: Jonathan is no fool and he won't stick around to let the crap hit him.

4 words. Mark Ganz has gotta go. His "vision" of world health care domination (forget about "ObamaCare"...it's all about "GanzCare") has completely clouded and distracted why Regence exists. Other than his hand picked cronies at the Regence level...um, excuse me..."Cambia"....and his hand picked Board who seems totally helpless and/or unwilling to ask hard questions and hold his feet to the fire, he continues to lose support and confidence of his own employees, regulators, consumers, and brokers. Not a good place to be you would think. With his buying and selling companies for millions (and I'm sure personally making millions in the process), Ganz seems to want to play with the big boys on Wall Street. Well I'll tell you this....with the things that have occured under his watch, if "Cambia" was a public company, he would have been offered an obnoxious severence package and been sent off to make millions elsewhere a long time ago!

Here in Oregon we should be

Here in Oregon we should be doing the same with CareOregon. Clients are told they cannot have various services, there is no such thing as an emergency referral and chronically ill individuals have so many hoops to go through.

No wonder the company is in

No wonder the company is in so much trouble. Lost millions on Kinitex which is why they probably chose to sell the building and change their name. Re-organized their sales and membership department forcing people out of jobs, but telling them they can re-apply for a new position. This decision forced people who had been with the company for double digit years to leave. ( Nice move to save money) Moving most of their finance department to Tacoma in what they say was to save money, ( don't believe that for a second).

I've figured it out! With

I've figured it out! With the sale of the Seattle building and the general implosion of the Washington plan, "Cambia" is strategically planning to sell the Shield in Washington to Anthem, and exit the service area entirely.