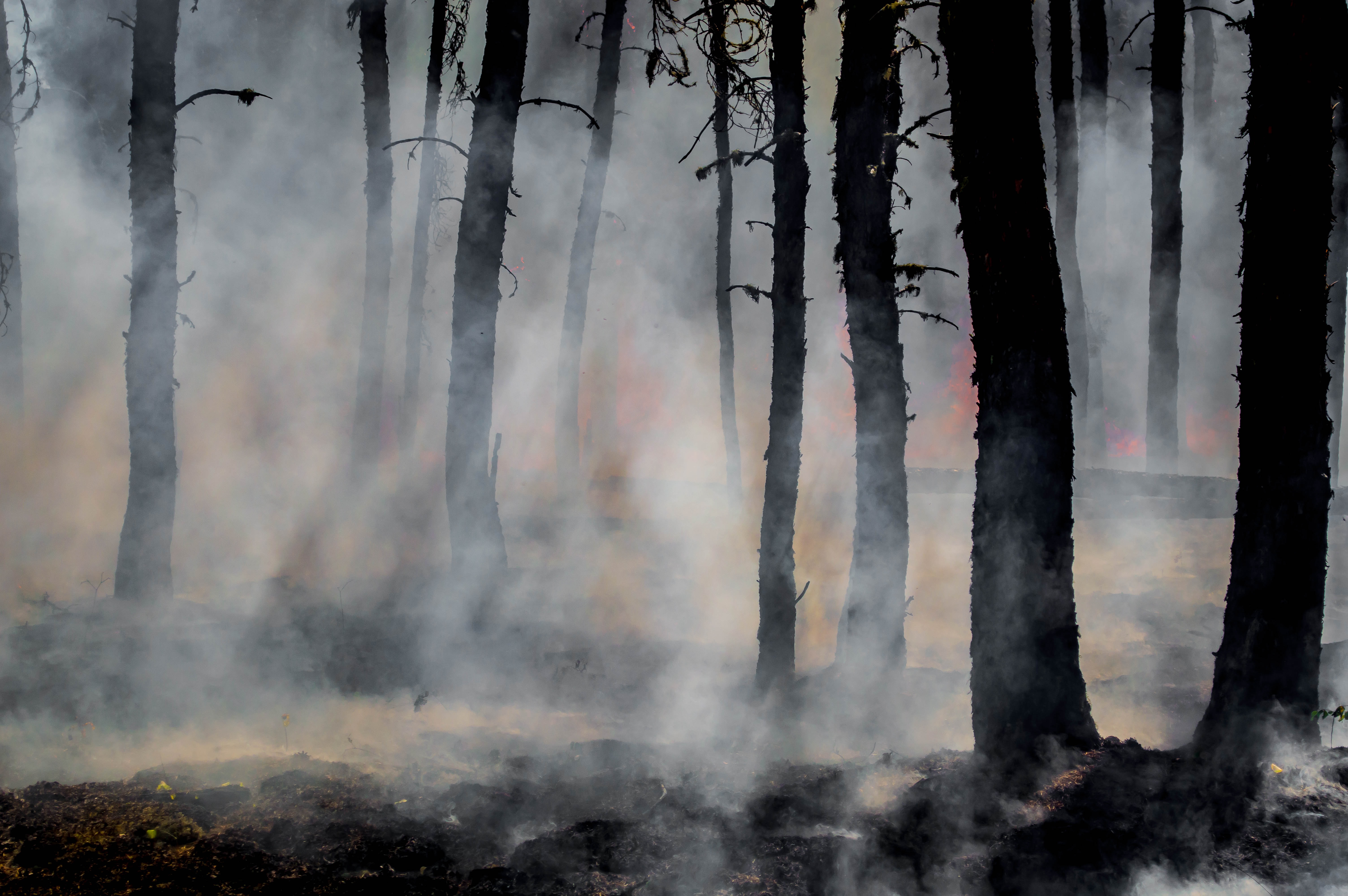 Photo by Joanne Francis on Unsplash

The patients walk into Dr. Melissa Marshall’s community clinics in Northern California with the telltale symptoms. They’re having trouble breathing. It may even hurt to inhale. They’ve got a cough, and the sore throat is definitely there.

A straight case of COVID-19? Not so fast. This is wildfire country.

Up and down the West Coast, hospitals and health facilities are reporting an influx of patients with problems most likely related to smoke inhalation. As fires rage largely uncontrolled amid dry heat and high winds, smoke and ash are billowing and settling on coastal areas like San Francisco and cities and towns hundreds of miles inland as well, turning the sky orange or gray and making even ordinary breathing difficult.

But that, Marshall said, is only part of the challenge. Facilities already strapped for testing supplies and personal protective equipment must first rule out COVID-19 in these patients, because many of the symptoms they present with are the same as those caused by the virus.

“Obviously, there’s overlap in the symptoms,” said Marshall, the CEO of CommuniCare, a collection of six clinics in Yolo County, near Sacramento, that treats mostly underinsured and uninsured patients. “Any time someone comes in with even some of those symptoms, we ask ourselves, ‘Is it COVID?’ At the end of the day, clinically speaking, I still want to rule out the virus.”

The protocol is to treat the symptoms, whatever their cause, while recommending that the patient quarantine until test results for the virus come back, she said.

It is a scene playing out in numerous hospitals. Administrators and physicians, finely attuned to COVID-19’s ability to spread quickly and wreak havoc, simply won’t take a chance when they recognize symptoms that could emanate from the virus.

“We’ve seen an increase in patients presenting to the emergency department with respiratory distress,” said Dr. Nanette Mickiewicz, president and CEO of Dominican Hospital in Santa Cruz. “As this can also be a symptom of COVID-19, we’re treating these patients as we would any person under investigation for coronavirus until we can rule them out through our screening process.” During the workup, symptoms that are more specific to COVID-19, like fever, would become apparent.

For the workers at Dominican, the issue moved to the top of the list quickly. Santa Cruz and San Mateo counties have borne the brunt of the CZU Lightning Complex fires, which as of Sept. 10 had burned more than 86,000 acres, destroying 1,100 structures and threatening more than 7,600 others. Nearly a month after they began, the fires were approximately 84% contained, but thousands of people remained evacuated.

Dominican, a Dignity Health hospital, is “open, safe and providing care,” Mickiewicz said. Multiple tents erected outside the building serve as an extension of its ER waiting room. They also are used to perform what has come to be understood as an essential role: separating those with symptoms of COVID-19 from those without.

At the two Solano County hospitals operated by NorthBay Healthcare, the path of some of the wildfires prompted officials to review their evacuation procedures, said spokesperson Steve Huddleston. They ultimately avoided the need to evacuate patients, and new ones arrived with COVID-like symptoms that may actually have been from smoke inhalation.

Huddleston said NorthBay’s intake process “calls for anyone with COVID characteristics to be handled as [a] patient under investigation for COVID, which means they’re separated, screened and managed by staff in special PPE.” At the two hospitals, which have handled nearly 200 COVID cases so far, the protocol is well established.

Hospitals in California, though not under siege in most cases, are dealing with multiple issues they might typically face only sporadically. In Napa County, Adventist Health St. Helena hospital evacuated 51 patients on a single August night as a fire approached, moving them to 10 other facilities according to their needs and bed space. After a 10-day closure, the hospital was allowed to reopen as evacuation orders were lifted, the fire having been contained some distance away.

The wildfires are also taking a personal toll on health care workers. CommuniCare’s Marshall lost her family’s home in rural Winters, along with 20 acres of olive trees and other plantings that surrounded it, in the Aug. 19 fires that swept through Solano County.

“They called it a ‘firenado,’” Marshall said. An apparent confluence of three fires raged out of control, demolishing thousands of acres. With her family safely accounted for and temporary housing arranged by a friend, she returned to work. “Our clinics interact with a very vulnerable population,” she said, “and this is a critical time for them.”

While she pondered how her family would rebuild, the CEO was faced with another immediate crisis: the clinic’s shortage of supplies. Last month, CommuniCare got down to 19 COVID test kits on hand, and ran so low on swabs “that we were literally turning to our veterinary friends for reinforcements,” the doctor said. The clinic’s COVID test results, meanwhile, were taking nearly two weeks to be returned from an overwhelmed outside lab, rendering contact tracing almost useless.

Those situations have been addressed, at least temporarily, Marshall said. But although the West Coast is in the most dangerous time of year for wildfires, generally September to December, another complication for health providers lies on the horizon: flu season.

The Southern Hemisphere, whose influenza trends during our summer months typically predict what’s to come for the U.S., has had very little of the disease this year, presumably because of restricted travel, social distancing and face masks. But it’s too early to be sure what the U.S. flu season will entail.

“You can start to see some cases of the flu in late October,” said Marshall, “and the reality is that it’s going to carry a number of characteristics that could also be symptomatic of COVID. And nothing changes: You have to rule it out, just to eliminate the risk.”