The leading healthcare unions -- the Oregon Nurses Association and SEIU -- led the way in spending on Democrats, but their money was countered by spending by dentists and Regence on Republicans; doctors’ groups and drug companies opened their wallets to both parties.
By:
Christopher David Gray 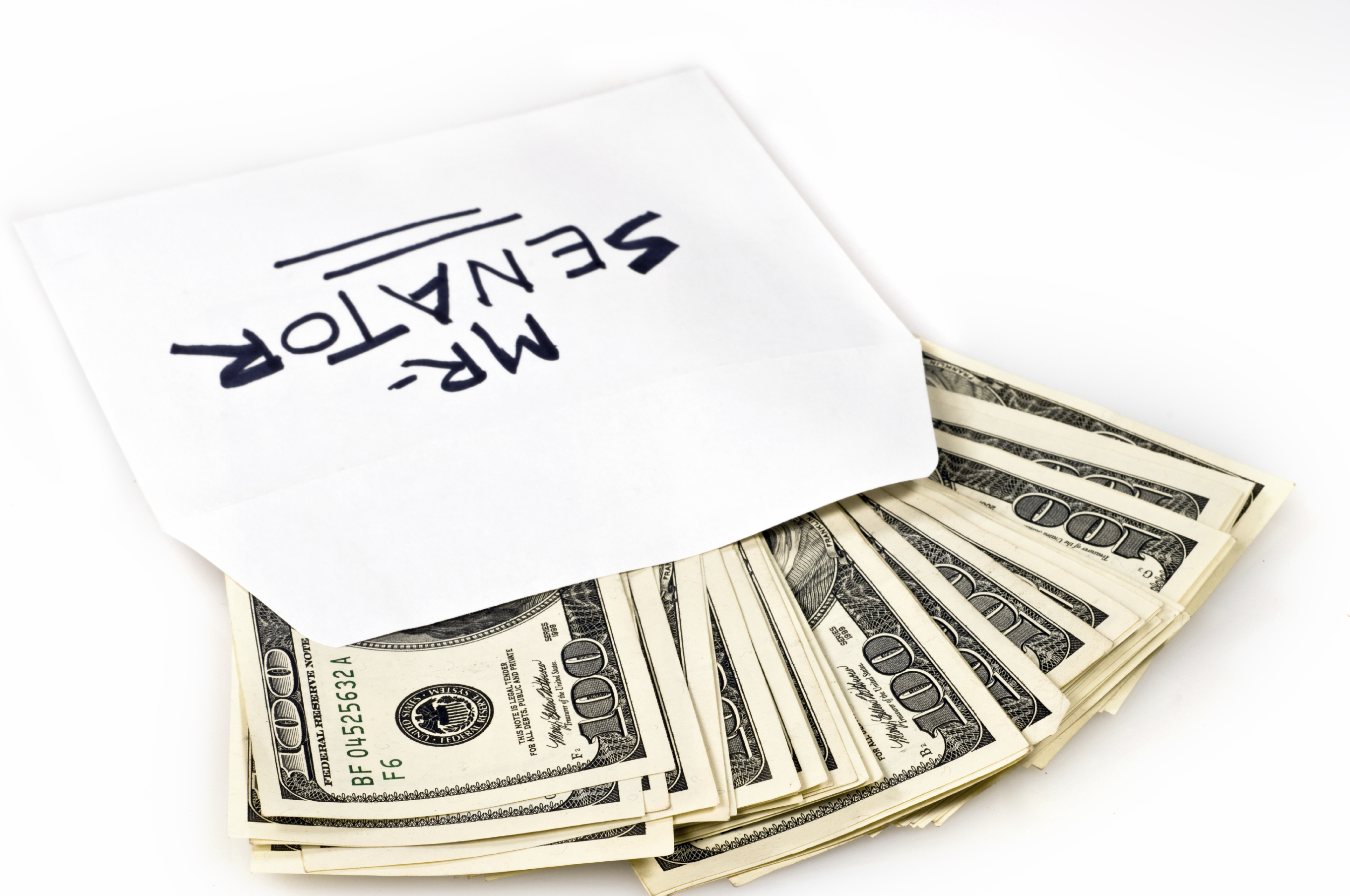 The healthcare industry has had an active summer, putting down upwards of $1.2 million trying to sculpt the outcome of the 2014 political elections and put their fingerprints on public policy for the 2015 legislative session.

Campaign dollars are nominally spent to help a candidate get elected, but most of the money actually goes to politicians who don’t face a competitive election. Instead, the money goes to candidates who are likely to be in office, and the cash is used to influence public policy.

The dollars included in this report are just for those donations given after the May 20 primary.

Regence BlueCross BlueShield is repeating a strategy from the last election cycle: spend heavily on close elections to tip the Legislature to the Republicans in hopes of creating an elected body that’s more amenable to their interests. Regence’s political action committee has spent $70,500 in the past four months.

It didn’t work in 2012, as Regence's money became a kiss of death: four out of the top five recipients of cash from Regence lost their races as the Democrats regained control of the Oregon House.

This time, Regence is giving its biggest backing, $10,000, to Sen. Bruce Starr, R-Hillsboro, whom the Democrats have made a top target. Second on their list was another Democratic target, Sen. Alan Olsen, R-Canby, giving $5,500.

Regance gave $5,000 to four other candidates: Sen. Chuck Thomsen, R-Hood River; Steve Newgard, who is in a rematch with Rep. Brent Barton, D-Gladstone; and Dan Mason and Mark Richman, who are running for office as Republicans in two separate Hillsboro races.

While Regence spent overwhelmingly on Republicans, it has given $7,500 to Democrats, led by Sen. Laurie Monnes Anderson, D-Gresham, with $1,500. Monnes Anderson’s support for the insurance industry has been critical in derailing legislation by Sen. Chip Shields, D-Portland, that would more heavily regulate that industry.

Regence’s corporate parent, Cambia Health Solutions, spent $25,000 on the group known as Every Oregon Voter Counts, which worked to get Measure 90 on the ballot, a measure aimed at reducing the power of political parties by opening up their primaries to independents.

Oregon’s hospitals pool their resources for political contributions through the Oregon Hospital Political Action Committee, but their summer has been relatively quiet, handing out $12,250, in bipartisan fashion.

The biggest new check, for $5,000, went to Gov. John Kitzhaber’s re-election campaign. (He had previously received $35,000 from the hospitals earlier this year.) Senate Minority Leader Ted Ferrioli, R-John Day, received the most new money of any legislator from the hospital group -- $2,000.

The Oregon Association of Hospitals and Health Systems also spent $60,000 in support of Measure 90.

Kitzhaber received $50,000 from this group. OHCA also spent $7,500 on Senate President Courtney, D-Salem and $5,000 on Dr. Knute Buehler, who’s running for office in Bend as a Republican. Their other top targets were in the Democratic leadership and the leaders of the Committee on Ways & Means, which controls the state budget.

The Oregon Medical Association political action committee recorded a significant amount of spending -- $37,400, and their top recipient was Senate President Courtney, who is arguably the most powerful Oregon legislator and facing a competitive election race in Marion County. He received $4,000.

Local doctor’s groups, who have a controlling interest in several of the state coordinated care organizations, continued to be big spenders. The Douglas County Physicians tallied $79,000.

This group of doctors is one of the earliest and biggest supporters of Gov. Kitzhaber, who owes much of his political start to the group that helped elevate him from a Roseburg emergency room physician to a Roseburg senator and then to the governor’s office. He received another $25,000 from the Roseburg doctors this summer.

The Douglas County Physicians also targeted their money at the Democratic leadership in the House -- Speaker Tina Kotek, D-Portland, and Majority Leader Hoyle, who each got $5,000 -- and the Democrats who control the state’s budget: Devlin and Buckley, who took in $3,500.

A third doctor’s group with heavy clout -- the Coalition for a Healthy Oregon -- didn’t make any contributions during the time frame.

The Oregon Nurses Association has been one of the most successful healthcare groups in the Oregon Capitol, and they’re one of the most prolific spenders -- racking up another $219,000 in campaign expenses since May.

They spent by far the most on Gov. Kitzhaber -- $35,000. Rep. David Gomberg, D-Lincoln City, received $15,000 to keep his coastal seat. The nurses have also helped bankroll the campaign of Paul Evans with $15,000. His swing district in West Salem has long been held by Republicans, including veteran Rep. Vicki Berger, who’s retiring. But the district swung for President Obama twice, and the seat may be the Democrats’ biggest target for a House pickup.

A separate political campaign account, the Nurses United Political Action Committee, recorded $37,000, the bulk of which -- $30,000 -- was spent to defeat Measure 90, which would open up Oregon’s closed primary season to political independents, with the top two candidates regardless of party facing off in the general election.

The Service Employees International Union also spent $69,000 to keep independents out of the primaries and defeat Measure 90 with the No campaign, which has the Orwellian name, “Protect Our Vote.”

Hoyle took in $8,750 and Rosenbaum received $7,500. Their favorite candidate not in the Democratic leadership is Craig Wilhelm, the Democrat running for an open House seat in Bend. He received $5,250 in support.

The Low Income Dental Political Action Committee didn’t show a low income in political spending. The organization, led by Mike Shirtcliff, CEO of Advantage Dental, and set up to advocate for dental care organizations that provide such care to people on the Oregon Health Plan, spent $133,000, primarily on Republican candidates, along with Gov. Kitzhaber.

Drug money is tedious to track since it’s divided among several different companies as well as the trade industry group, the Pharmaceutical Research Manufacturers of America, known as PhRMA. But the highly profitable corporations have swung a big stick around the Capitol.

They’ve succeeded in tying the hands of coordinated care organizations trying to save money on generic psychiatric medications and one of them, Eli Lilly, nearly succeeded in getting a law through that would have protected a patent and prevented diabetics of all socioeconomic levels from saving money on cheaper generic drugs that are coming to the market.

The heaviest pharmaceutical spender in the 2012 cycle, Pfizer, hasn’t spent anything since before the February session, but to maintain their influence, the other drug companies have given a collective $110,250 to legislative campaign coffers since May 20.

Eli Lilly has poured another $36,000 into state races, just in the four months since the May primary election. Its contributions have been directed at key politicians again, including Hoyle, with $5,000. They gave $2,500 each to Sen. Jackie Winters, R-Salem and Sen. Alan Bates, D-Medford, who serve on the committee that crafts the human services budget. Bates is also locked in a tight re-election battle.

Local heavyweight Genentech, which has labs in Hillsboro, spent $17,500, including $2,000 to Kotek, D-Portland, and $2,000 to the Senate Democrats. They also gave $1,000 to both Republican caucuses, Starr, Hoyle, Courtney and Monnes Anderson.

Johnson & Johnson spent $9,000, with party-line donations to Republicans. Each Republican caucus received $1,000 along with $1,000 each to the following lawmakers: Rep. Jim Weidner of McMinnville; Sen. Bruce Starr of Hillsboro; Sen. Chuck Thomsen of Hood River and Sen. Alan Olsen of Canby.

The Proctor & Gamble Company Good Government Committee supported just one politician: $2,600 to Dave Dotterrer, a Republican, who is battling in the Medford/Ashland district.

Editor's Note: The original article incorrectly attribute money donated by the Douglas County Physicians to Kitzhaber's campaign to the Oregon Medical Association. We regret the error.

http://www.ncsl.org/Portals/1/documents/legismgt/Limits_to_Candidates_20... The sky is the limit for political contributions in Oregon. Only 5 other states have such "liberal" laws: Alabama, Missouri, Nebraska, Utah and Virginia. Sen. Laurie Monnes Anderson will undoubtedly be rewarded with work as a well paid health care lobbyist or executive once she leaves office. That's why any attempts toward meaningful campaign finance reform have been squashed in Oregon. Bipartisan abuses of money in politics allow the wealthiest to get what they pay for: politicians who do their bidding (and never mind pesky constituents whose vote and views don't seem to matter).
×
This article is for premium subscribers. If you are one, please sign in below.
You can see two more premium stories for free. To subscribe, click here. We depend on premium subscriptions to survive, and they are tax deductible.
Sign InGo Premium Not now