August 23, 2012 -- Common sense says don’t prescribe the same pain medication, known as opiates, to 70-year-old man as a 24-year-old woman, but until now physicians haven’t had a firm basis for making such distinctions. 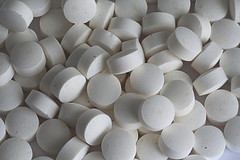 A research paper published in next month’s “Pain Medicine” outlines the acute risks of prescribing such mind-altering narcotics to women.

Adverse effects associated with opioids disproportionately affect women more than men, researchers hypothesized, causing problems such as drug dependence, sleeplessness and bowel dysfunction. Researchers who wrote the article also want to create an enduring resource for physicians to deal with the “opiate-use epidemic,” said Dr. Beth Darnall, who left OHSU earlier this month to become an associate professor at the Stanford University School of Medicine.

“If physicians are ignorant about a female patient’s opioid risks, we run the risk of unwittingly contributing to her suffering, and it’s incumbent on us to educate ourselves so that we can provide the best care possible,” said Darnall, who co-wrote the paper with Drs. Roger Chou and Brett Stacey. “We need to become much more judicious, and the first step to becoming much more judicious is to become aware of these risks.”

Women are far more likely to overdose unintentionally on opiates by using multiple prescriptions, previous studies have shown, in a practice known as “doc shopping,” while men who overdose are more likely to get their drugs illegally.

“What’s most surprising to me is there has never before been a review of sex-specific problems for prescribing opiates,” Darnell said. “Illegal use of narcotics gets a lot of attention by their obvious abuse and risk of overdose, but we’re talking about the risks to patients when they’re taking them as prescribed.”

Darnell was among a group of Oregon pain specialists who advocated recently for a paradigm shift in chronic-pain treatment, saying that holistic therapies should replace prescription opiates.

Last summer Oregon pharmacies began reporting the opiate prescriptions they filled following a recommendation by the Pain Management Commission. In July, 98 percent of pharmacies participated in this Prescription Drug Monitoring Program and tracked more than 566,142 prescriptions; narcotics hydrocodone and oxycodone accounted for 44.5 percent of the prescriptions.

Dr. Jane Ballantyne, professor of anesthesiology and pain medicine at the University of Washington, agrees that opiates should be used judiciously. After reading an advance copy of the paper, Ballantyne was especially concerned about the dangers of young women becoming pregnant while on high doses.

Ballantyne added that rates of neonatal abstinence syndrome have been on the rise, causing infants to go into a dangerous withdrawal pattern as soon as their umbilical cords are cut from an opiate-using mother. Infants are more at risk for having withdrawal symptoms, including high fever and death.

“The infant brain is far more plastic and capable of change, and the same is true of a young brain,” Ballantyne said. “That’s a very important part of why young people shouldn’t be on opiates, and if you’re going to make the argument aimed at women, then it should be aimed at all young women and the effect on future generations.”

Opioids present more risk factors for a fertile woman, but Darnell emphasized that there’s a high risk of opioids backfiring on women throughout their lives, including hormonal effects for those over 50.

“There’s some conventional wisdom that if a woman is post-menopausal, then the hormones don’t matter because they’re not there, but that’s just not true,” Darnell said.

Post-menopausal women on opiates experience a decrease in their hormones by 52 to 66 percent. Without hormonal therapy, women taking opiates will be more likely to experience anxiety and depression, compared with those not taking such medication or hormone supplements, the study found.

Book in the works

Darnell says it’s critical for patients to get informed about how opioid use can contribute to the problem it’s trying to solve, causing patients to lose control of their pain through a negative feedback loop, a process known as hyperalgesia.

She’s in the process of writing a book, “The Painkiller Trap,” on ways to avoid this problem through more holistic methods such as psychological control. Opioids can be appropriate for women “experiencing severe pain that prevents them from functioning,” but most patients don’t demonstrate this, she argues.

“Pain is a sensory and emotional experience, so I teach my patients how to use mind-body connection so they’re not contributing to their own pain,” she said. “The worst thing about chronic pain is the loss of control that patients experience. We can help people put a container around their pain so that it’s not so all-encompassing, and you can put yourself in the driver’s seat. My patients are often found caught in these cycles of pain, and when I talk with them about the problems that opioids can cause, they tell me, ‘No one has ever told me this,’ and they say they never would have started their prescription if they had known.”

Narcotics can empower people by offering them a better life, Darnell acknowledged.

“First off you should avoid the use of opiates, but if you have to go down that path, then you should be very aware of the risks,” she said. “The patient simply needs to be getting better, and if they’re not, then the opioid use needs to be discontinued.”