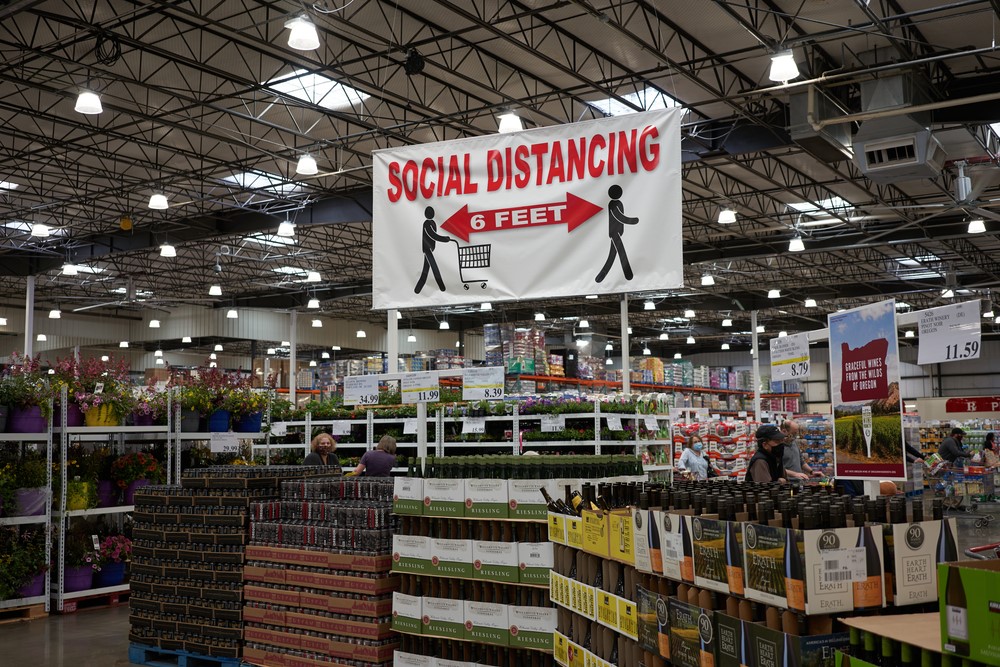 Thirty-one Oregon counties in mostly rural areas will move into the first phase of reopening after the state shut down in March to stop the spread of COVID-19.

Gov. Kate Brown and Oregon Health Authority Director Patrick Allen announced the move on Thursday, marking the state’s first foray into reopening amid a devastated economy. The decision puts most of the state’s 36 counties on track to reopen on Friday, albeit with restrictions like social distancing, limited dinner party sizes at restaurants and screening customers at hair salons.

“This is like walking onto the ice,” said Brown, a Minnesota native who grew up ice skating. “We have to make sure that the ice is solid. If it is, we continue to move forward but if it’s not, we need to move back.”

The remaining five counties are not reopening for different reasons. The three counties in Portland’s metropolitan area -- Clackamas, Multnomah and Washington -- have not yet submitted an application. Brown rejected applications from Polk and Marion County, in part because they have new cases that cannot be traced to earlier cases. That suggests the virus is spreading more in those communities.

So far, more than 3,400 people have tested positive for the virus in Oregon and 134 people have died. The initial fears of a surge that would overwhelm emergency departments never transpired. The state has continued to have enough ventilators and hospital beds.

The phase one reopening is not a full return to normal. That is unlikely until there is a vaccine or treatment. However, the announcement marks an easing of restrictions, allowing restaurants and bars to open for sit-down services with the six-foot social distancing requirement in place and parties limited to 10 people. Barbers and hair salons can reopen, but need to limit visits to scheduled appointments. Gatherings are limited to 25 people.

Retail stores mark an exception to the reopening plan. Brown decided late Wednesday that stores that have been closed -- except for indoor and outdoor malls - can reopen across the state, regardless what county they're in.

Counties cannot seek to move to the next phase, which allows gatherings of up to 50 people, until at least three weeks. In the third phase, the state would allow large events like concerts and sports games, though that is likely months away as scientists work on a vaccine and treatment.

The decision to reopen some counties but not others depends on factors such as their number of cases, hospitalizations, testing and resources for contact tracing, which involves identifying and notifying people who may have been exposed so they can self-quarantine to halt the spread.

Officials stressed the pandemic is not over.

“Let me be clear: We will continue to monitor every county’s trends,” Allen said.

Brown said she knows not everyone will be happy with the decisions and that some people believe the state is either moving too quickly or too slowly.

‘My job is to make hard decisions even when they are unpopular, and when it comes with the health and safety of Oregonians, the buck stops right here,” Brown said.

Oregonians who live in counties with the most restrictions cannot travel to reopened parts to take advantage of the opening, for example, to get a haircut or go out to dinner.

“I know this is hard, but we obviously don’t want to overwhelm the rest of Oregon by traveling,” Brown said.