Sky Lakes and Cascade – “One and the Same”

The tenacity with which Sky Lakes Medical Center and Cascade Health Alliance in Klamath Falls have sought to squash competition in Klamath County alarms many independent practitioners.
By:
Christopher Heun 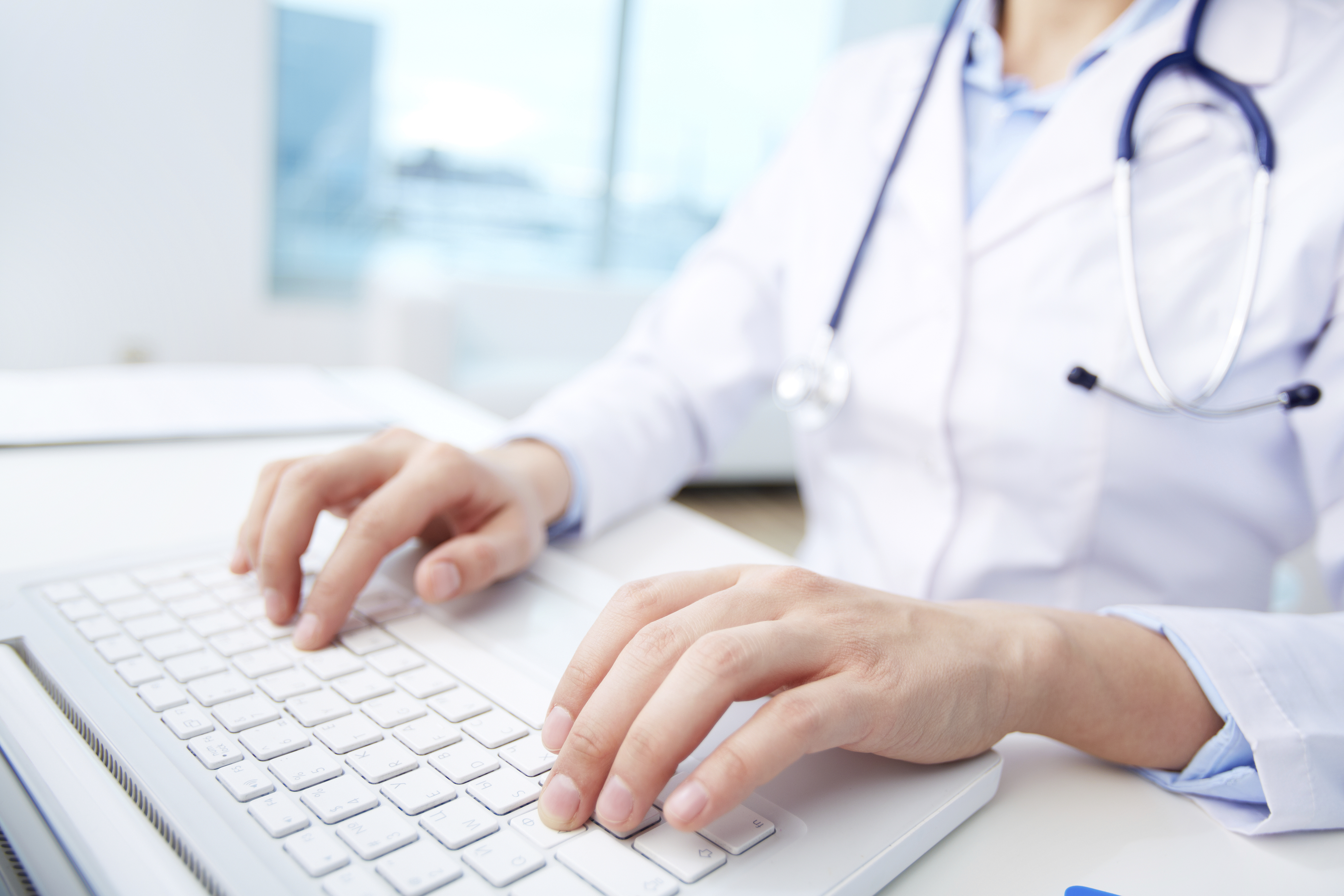 “The monopolization of healthcare in Klamath County is just tragic,” said Becca Meek, a nurse practitioner and nurse midwife who runs Klamath Women’s Clinic and Birth Center. “Primary care physicians who have been seeing patients for years and years are being bought out by Sky Lakes and put into this system where they lose all continuity of care, which we know is so vital to the health of patients.”

Meek, who grew up in the county, hasn’t always run her own private practice. In fact, she worked for Sky Lakes for a decade, in its birthing center and emergency department, and was once awarded “Preceptor of the Year” for her work instructing other nurses. “Obviously, they trusted me to train their other employees on how they wanted their patients treated.”

But not now. Sky Lakes and Cascade – “I see them as one and the same,” she said, echoing the sentiment of many independent providers interviewed for this story – are tightening the screws on her business. She lost 15 percent of her patients beginning in October, when many patients on the Oregon Health Plan were switched into Cascade’s managed care system. That meant patients who previously were “open card,” free to see any provider of their choice, suddenly were assigned one – which almost always was affiliated with Sky Lakes, Meek and other providers told The Lund Report.

The same thing happened to Fabrice Dolce, but only worse. His clinic, Full Circle Healing in Klamath Falls, has lost as much as 80 percent of its business since last fall, when his Medicaid patients were enrolled in Cascade, and he could no longer be reimbursed for their care.

Meek tried to become a Cascade provider, but it required that she get not just one obstetrician/ gynecologist in Klamath Falls, but every single one, to sign an on-call agreement to provide 24-hour backup for her. It was too much. She was even disinvited from a Sky Lakes-sponsored community health fair because her birth center was considered a rival business. “Once you become competition to them, their goal is to get you out,” she said.

Meek isn’t the only one who fears a monopoly on healthcare services in the county. Former Klamath County Commissioner Dennis Linthicum, who left office in December, is concerned that there is no elected official or public official on Cascade’s governing board. Of the 13 members, seven are medical doctors and one is a dentist. The chief executive officer, chief financial officer, and legal counsel of Sky Lakes Medical Center are on the board, along with the president of the county’s chamber of commerce and an employee of a local insurance company.

“This is what I consider a monopolistic practice, Linthicum said. “Klamath County is the only county that has an entirely private coordinated care organization.”

He believes that consumers will suffer as a result. “It means rationing if it doesn’t mean costs are going up. You either have to pay for it to get [healthcare], or wait in line to get it. And neither of those is an attractive option for someone with a healthcare necessity.”

That’s exactly what has happened. Last fall, Cascade told some providers it will no longer cover medications for chronic pain management. Julie Ryder, a a psychiatric-mental health nurse practitioner and contracted provider for Cascade, said that if she prescribes drugs or bills for a diagnosis for conditions outside her specialty, Cascade will not approve them. Instead, patients are told to request the prescription from their primary care provider, even though getting an appointment could take months.

Linthicum wonders where the cost savings produced by the coordinated care system are going. “Did we lower the cost for the consumer? This looks like lowering the costs for the providers – to keep costs low, to keep staff low, to keep services low, because they know there’s no recourse for the public at large.”

Paul Stewart, the CEO of Sky Lakes, said his hospital is losing money on its 33 percent stake in Cascade Health Alliance. He estimates that Sky Lakes loses about $34 million per year providing care to Medicaid and Medicare patients, and that population is expected to increase dramatically in the next seven years. The percentage of patients with private insurance has fallen from 30 percent five years ago to 22 percent today, and will only continue to decline.

“We lose money on every Medicaid patient we see,” he said. “In contradiction to public perception of hospitals, we’re not in this space to make money off Medicaid patients.”

After all, healthcare is a big business, he added. “At the end of the day, coordinated care organizations are financial management companies; they’re claims processors. They get a finite amount of money. It’s not enough to do the job, you’ve got to get people to come to the table and do it at a loss and hope you make it up somewhere else.”

Regardless, Sky Lakes Medical Center is doing a much better job of turning a profit than most other hospitals in the state. It had an operating margin of 8.2 percent in 2013, a slight decrease from previous years, according to the 2014 Oregon Community Hospital Report. In comparison, the average operating margin for Oregon’s hospitals was 3.6 percent, the lowest it had been since 2008. The report is produced by Apprise Health Insights, a subsidiary of the Oregon Association of Hospitals and Health Systems.

During the first six months of 2014, Sky Lakes’ operating margin was 9.6 percent-- ranking it the fifth among hospitals with the highest margin, and it exceeded the operating margins of the five Providence Medical Centers in Oregon. In that same time span, charity care at Sky Lake was 2.3 percent of revenue. These figures came from the Office of Analytics at the Oregon Health Authority.

As for the strained relations between local nurse practitioners and Cascade and Sky Lakes, there doesn’t seem to be a happy ending any time soon.

“Sky Lakes stands out as particularly un-collegial with nurse practitioners in an area that really needs their care” said Susan King, executive director of the Oregon Nurses Association.

Bill Guest, the former CEO of Cascade and its predecessor, Cascade Comprehensive Care, told King more than a year ago that he did not have sufficient primary care capacity, she said. But independent nurse practitioners were not asked to help fill the void because of an administrative Catch-22: in order to be a contracted provider with Cascade, they need to have hospital admitting privileges, which Sky Lakes will not grant.

By refusing hospital admitting privileges, Sky Lakes may be in violation of a state law, ORS 441.064, passed two decades ago largely because of lobbying by King and the Oregon Nurses Association. The law states that hospitals may refuse admitting privileges to nurse practitioners only on the same basis that privileges are refused to other providers.

“That was our attempt to get at the discrimination that was happening at Sky Lakes Medical Center,” she said. At one point King even took her case to former Gov. Kitzhaber, and told him that her intention was to try to resolve the conflict locally. But that resolution has never come.

For his part, Stewart said he has made overtures to independent nurse practitioners and not received any response. Sky Lakes will not grant admitting privileges because nurse practitioners are not available 24 hours a day and do not have a mechanism in place to care for patients after normal business hours.

“They could create their own call panel to take phone calls,” or work out an arrangement with a physician group, Stewart said. “That’s what physicians have done for decades – have a phone number to call in the middle of the night. Why don’t nurse practitioners feel like they need to do that?

“They didn’t come to us with a solution,” he said.

This article is the second in a series about the problems encountered by nurse practitioners and other independent practitioners in Klamath County -- to read the first article, click here

Christopher can be reached at [email protected]

I have practiced in Klamath County for 21 years  and have only seen Paul Stewart  once at a baseball game . He has never called me or visited either of my clinics in Merrill or Bonanza. He has every doctor in the county on his payroll .Their is no one to collaborate with. The OHSU Family Practice Residency is his slave labor. He told one of my patients that my existence takes away from the residency..He controls everything in this county including our newspaper and is the largest advertiser.  He is a power mad  medical czar who allows only his views to be heard and his standards to be practiced. He has single handedly rewritten state law and openly is on a campaign to eliminate anyone not associated with Sky Lakes from practicing here. Let the statistics speak for themselve.s Klamath County has the worst healthcare and the state's most expensive costs. You made a royal mess here and can only maintain it by your monopoly. There is also a very clear case of sexual descrimination as  most of the NPS are women. Gotta keep your thumb on the females don't you Paul . Where is the Attorney General and Legislature. This is Oregon not Alabama. Let these people have a choice in their healthcare providers. Choice will show what kind of care we deliver