Salem’s Back at it Again

Next Monday the House and Senate interim committees on Health Care and Human Services are scheduled to meet
By:
Diane Lund-Muzikant 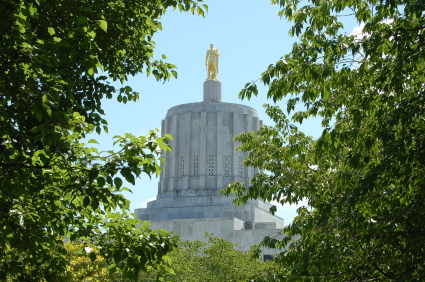 September 12, 2013 – Legislators come back to Salem next week – after leaving town in July – but not much action is anticipated this time around.

As typical, the interim legislative committees are convening, and healthcare will be front and center Monday afternoon when both the House and Senate members get together for a joint meeting.

One notable absence from that meeting will be Rep. Mitch Greenlick (D-Portland, who co-chairs the interim House Health Care Committee – he’ll participate by phone from Stanford University where he’s teaching a class and doesn’t expect to return home until November.

And, the meeting agenda looks pretty sparse with no time allotted for public testimony – only invited testimony. Here’s what’s on tap when the joint committee gets underway at 2 p.m. next Monday:

Also, when it comes to healthcare policy, the Senate Committee on General Government, Consumer and Small Business Protection hears about the insurance rate review process from Joel Ario with Manatt Consulting, Bruce Goldberg and Laura Cali, the state’s insurance commissioner

The Senate Rules Committee is also expected to approve several executive appointments including: