Advocates gather to celebrate a hard-won victory and celebrate new supported housing near the site of the former mental institution.
By:
Ian Macrae 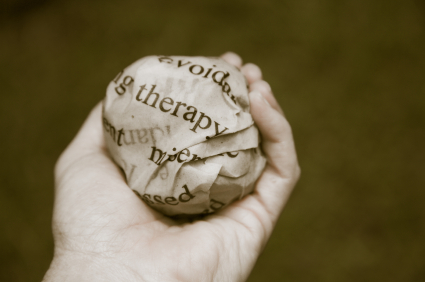 Twenty-three years after the closing of Oregon’s Dammasch State Hospital, 100 hundred or so people gathered to celebrate the creation of new housing for the mentally ill in a housing development located at the site of the former mental institution.

The Villebois Community in Wilsonville will integrate 73 units of housing for the seriously mentally ill into a diverse village of 7,000 people, said Rudy Kadlub, master developer of the project and CEO of Costa Pacific Communities. “Villebois is the first community of its kind in the whole country …to integrate housing for the mentally ill from the outset,” claimed the developer.

The presence of Dammasch State Hospital for all those years in Wilsonville remains a vivid memory for many longtime Wilsonville residents. Charlotte Lehan, former Wilsonville mayor and former Clackamas County commissioner, recalled that the opening of the hospital transformed her of town of 800, bringing over 400 well-paying new jobs. “When the hospital finally opened in ’61…all of a sudden every classroom had two or three new students. [Professionals] made their home here…and college became the expectation rather than the exception… Wilsonville would not turn into just another truck stop along Interstate 5….

By the seventies, however, reports of abuse and neglect in understaffed and overcrowded state institutions throughout the country caused a sea-change in national mental health policy. Experts convinced policy-makers that seriously mentally ill patients would be better off residing in small medically staffed “supported facilities” in their own communities. Following the national trend toward decentralization, Oregon closed most of its mental institutions, but failed to develop an adequate system of care for the displaced former residents.

That’s when a number of caring Oregonians stepped into action.

Harold Cohn, former president of NAMI of Clackamas County, spoke about a 1990 protest in Wilsonville to try to prevent the closing of Dammasch State Hospital: “There was a solemn, almost religious atmosphere at the candlelight vigil. Everyone recognized that there wasn’t enough housing available for the mentally ill residents who were being displaced by the closing of the hospital.”

Richard Reilly, former president of NAMI of Multnomah County, told this reporter that it was Cohn’s idea to ask the Oregon Legislature to place the money from the sale of the hospital property in a trust fund, the interest from which would be used as “seed money” to fund such housing. HB 3446, the bill creating the fund, finally passed in 1999. Reilly, Cohn and Lehan were among several in attendance at the ribbon-cutting who fought a long uphill battle for legislation to fund supported housing for the insane.

Among several others who worked hard for passage of the bill is Vicki Skryha, original chair of the Villebois Advisory Committee who is now Community Planning and Development Representative for the U.S. Department of Housing and Urban Development (HUD). Said Skryha, “Don’t let anyone tell you it was easy. I remember a lot of 60-hour weeks.”

But according to Reilly, it was Jane Lokan, then an Oregon State Representative from Milwaukie, who was the “driving force behind the passage of the bill.” Lokan was motivated by deep personal connections to the issue. She explained that as a child, mental health advocate Dr. Ferdinand Dammasch himself had been a friend of her family and frequent visitor to their home. Ironically, Lokan’s own mentally ill son later resided at Dammasch Hospital for a time before moving into a group home.

Slowed by the recession, Kadlub said the project is “coming back strong” since 2011; the community’s 2,700 homes will be completed within a few years. Pursuant to the requirements of the bill, residences for the mentally ill are sprinkled throughout the Villebois community. To date, he noted, five such buildings, with varying levels of supportive services for their 73 residents, have been finished.

Several speakers at the ribbon-cutting ceremony underscored the continuing need for more housing and treatment for those suffering major mental illness. Michele Veenker, Executive Director NAMI Clackamas, said the Oregon Legislature has borrowed $5.5 million from the $12 million fund to meet regular budget needs and Oregon legislators ought not forget the fund’s original purpose. On a positive note, Pamela Martin, new director of Oregon’s Addictions and Mental Health Division, observed that the 2013 legislature has appropriated $10 million to strengthen community mental health and addiction services this year, and set aside another $10 million for such services for the next budget cycle.

“That flagpole is all that remains of Dammasch State Hospital for the Mentally Ill,” said Kadlub, gesturing behind him toward a single flagpole in a field. In his address before the ribbon-cutting ceremony, the developer admitted that the state’s requirement that the project integrate housing for the seriously mentally ill troubled him at first. As he set about educating himself about the issue, however, his perspective on it changed. “I spoke to various people in Portland and starting breaking down the myths about mental illness,” said Kadlub. “I came to embrace the notion that the mentally ill should be integrated into the community…These folks are people, just like you and me…and residents of the new community are embracing their mentally ill neighbors.”

Ian Macrae is a freelance essayist and photojournalist whose interests include literature, music spirituality, community building and more.