CareOregon, the state’s largest provider of OHP Medicaid benefits, has announced new executive leadership structure, and a few faces to fill these positions. New leaders for the Portland-based nonprofit include filling the chief operations officer position, adding a chief legal officer and appointing a chief of staff for the first time.

Eric C. Hunter, CareOregon president and chief executive officer, said as the Oregon Health Authority and Legislature rework the rules that govern the Oregon Health Plan — “CCO 2.0” — CareOregon leadership will be ready  to help his organization continue to provide quality, community-based health care to those who need it most.

CareOregon, a nonprofit that this year celebrates its 25th anniversary serving the OHP, is a founding member of Health Share of Oregon, the Coordinated Care Organization that contracts to manage Medicaid benefits in the Portland Metro area. CareOregon manages physical health benefits for 200,000 of Health Share’s 300,000 members, and dental health benefits for 70,000. Additionally, CareOregon manages OHP benefits for 30,000 members in Jackson County through ownership of Jackson Care Connect, and 25,000 members in Clatsop, Columbia and Tillamook counties through ownership of Columbia Pacific CCO. 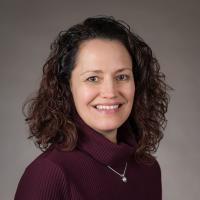 “With everything going on in the Oregon market and the work CareOregon needs to do, we needed a chief operations officer who had experience with complex organizations,” Hunter said. Hired for that position is Amy Dowd.

“We needed someone who was really committed to the mission and understood working with minute details while supporting different lines of business, and Amy has that,” Hunter said. “She’s got the personality and the skills set to merge well with our team. She’s the perfect choice.” 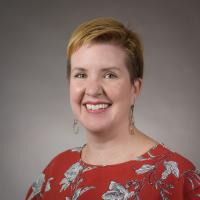 Erin Fair Taylor, chief legal officer, joined CareOregon in 2009 in public policy. Over time, she has added a variety of responsibilities and now oversees contracting, compliance, strategic business development, as well as the overall performance of CareOregon’s affiliated Coordinated Care Organizations and its dental program.

Prior to joining CareOregon, Erin studied public health at the Tulane University School of Public Health & Tropical Medicine in New Orleans, then received her law degree from the University of Oregon School of Law. She served as a lead health policy staff person in the Oregon Legislature 2007 to 2009, during which health reform legislation laid the groundwork for successful implementation of Medicaid expansion under the Affordable Care Act.  Erin then applied that experience to lead CareOregon’s innovative, collaborative development of five Coordinated Care Organizations.

The chief of staff position is a new one at CareOregon.

“I recognized fairly early on that there is a lot going on at CareOregon,” Hunter said. “CareOregon’s mission leads us into complex work; this work includes palliative care through Housecall Providers, specialized services to those eligible for both Medicaid and Medicare, and coordinating OHP services for Oregon’s Native American population eligible for OHP benefits. We believe that our commitment to this mission will provide multiple opportunities to do even more in the community in the upcoming years, and we are excited to continue this work. For me to really leverage what I’m trying to do, internally and externally, it made sense to look at appointing a chief of staff.” 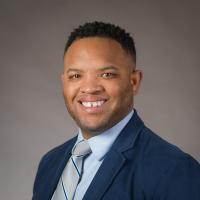 Jeremiah Rigsby was selected for the position after having been CareOregon’s director of public policy and regulatory affairs, where he worked extensively with health care policymakers in Salem and Washington, D.C. Formerly the senior legislative assistant for U.S. Representatives Kurt Schrader (2009-2011) and Henry Cuellar (2006-2009), Rigsby graduated from Lewis & Clark Law School in 2014.

“I needed someone who could engage with me at the highest levels with our partners, particularly policymakers and legislators, and not have a barrier between those conversations and what I’m doing at the executive level,” Hunter said. “Jeremiah’s got the perfect personality and experience to really help us internally and externally to expand the things I’m trying to do.”

CareOregon also made an organization-wide change in job titles of leadership positions to better reflect market practices for similar roles.

“As CareOregon has grown and become more complex, the leadership titles that we use haven’t necessarily kept up with the local industry standards,” Hunter said. “To remedy that, we have made the move to replace the executive director title designation with vice president. These title changes are not indicative of changes in jobs, duties or organizational structure.”