Oregon Borrows from Medicaid as Congress Fiddles on Children’s Health

Rep. Greg Walden said Tuesday that he will insist that CHIP funding is attached to the continuing resolution that will keep the entire government opened after Dec. 22.
By:
Chris Gray 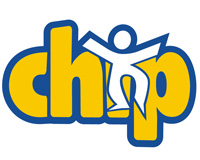 Oregon has found a way to borrow $35 million from its Medicaid program to cover 120,000 children and 1,700 pregnant immigrant women who are covered through the Children’s Health Insurance Program, allowing them to maintain coverage through April despite the ongoing failure of Congress to reauthorize the popular program.

The state had received special leftover funding from the federal government to pay for the healthcare, but that money is running out this week. From now on, the state will use its available cash flow and rob Peter to pay Paul -- built on the assumption that Congress will pay Peter back.

Oregon has publicly taken a much different tack than other states such as Virginia, where the news of cancellation letters sent to families could add pressure to Republican senators across the Potomac in Washington, D.C. Three thousand miles away, Gov. Kate Brown has said she does not want to put families through that stress, taking on faith that Congress will belatedly provide the money.

"I'm absolutely opposed to kicking these vulnerable families off of access to health care," Brown told National Public Radio. "It's appalling to me that Congress is not taking action and is not doing their jobs on this issue."

The state is not allowed to cancel coverage for 40,000 of the poorest children, but it would receive a lower federal match rate if it moved them to Medicaid. CHIP pays 97 percent of costs, with just 3 percent collected locally.

The Children’s Health Insurance Program was one of the landmark progressive achievements of President Bill Clinton in 1997, forged through a bipartisan bill sponsored by Sen. Ted Kennedy, D-Mass., and Sen. Orrin Hatch, R-Utah. But Hatch has not rushed to renew his legislation as Republicans focus on massive tax cuts for corporations.

Rep. Greg Walden, R-Ore., said Tuesday that he will demand that Congress include money for the Children’s Health Insurance Program before it leaves town Dec. 22 for Christmas. He plans to attach the funds to the continuing resolution that Congress must pass to keep the government open. Other Republicans had suggested keeping CHIP in limbo into January.

"We are well past any reasonable deadline for moving forward on CHIP," Walden told The Hill. "States are suffering. Children and families are getting these notices. It's unconscionable."

Many Democrats are unhappy that House Republicans, led by Walden, chose to raid a public health fund to offset increased healthcare costs in the children’s health insurance program. While Rep. Kurt Schrader, D-Ore., who works on the Energy & Commerce Committee with Walden, and 14 other Democrats supported the CHIP funding package in the House, the rest opposed.

Walden said this week that another alternative would be to extend sequestrations for Medicare, which cap costs to that health program for the elderly.