Its CEO, Dr. Ralph Prows, wants to hear from consumers and business leaders and is hosting a series of sharing sessions
By:
Diane Lund-Muzikant 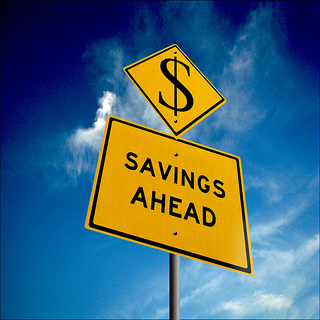 September 6, 2012 -- A consumer-driven insurance plan is gathering momentum in Oregon. Not only will people have a chance to help design this new plan, they can also have a seat on its governing board.

“This is a health plan with a conscience,” said Dr. Ralph Prows, CEO of Oregon’s Health CO-OP. “Our purpose and mission is to keep our costs down. We have to start keeping healthcare affordable and intend to have the lowest administrative costs of any health plan. We’re trying to do the right thing and are not interested in making a profit.”

Prows is holding a series of sharing sessions around the state, where consumers and business leaders can make suggestions about the benefit structure of this new health plan.

“I really want this to be a different experience for people who are tired of dealing with insurance companies that hassle them, raise their rates and cut benefits,” Prows said. “What makes us different is local governance by consumers and the way we spend our money. Our goal is to organize care and provide a seamless health plan. I want the CO-OP to be as lean and efficient as possible and be on the cutting edge of technology.” For example, that means paying for e-visits and remote tele-health visits.

In particular, the CO-OP will be a place for people who churn in and out of Medicaid, a number that reaches 20 percent every few months. “We want to help manage that population by working with the coordinated care organizations around the state. I don’t want care coordination to be lost because people churn off,” Prows said.

He intends to have contracts with hospitals and physicians around the state, but be selective. “I don’t want to contract with any provider that doesn’t want to do things the right way and I’m convinced that I can get lower rates from providers than other health plans. Providers have to be dedicated to lower costs and better quality and be accountable.”

The CO-OP will be open for business in January 2014 – the same time the exchange gets under way -- and has two start-up loans from the Centers for Medicare & Medicaid Services -- $7.1 million to build its operations and a $49.5 solvency loan. By mid-2105, it intends to have 35,000 members and reach 65,000 members by the end of 2016. The CO-OP will offer coverage to individuals, small and large employers and self-insured businesses.

CareOregon will handle the claims, enrollment, billing and other care management services. “CareOregon has had to live on a Medicaid budget forever – they are the leanest and most agile organization in the state,” he said.

This isn’t the first time Prows has run a health plan. From 1988-90 he was acting CEO of the Central Massachusetts Health Care, a nonprofit HMO with 2,000 physicians and 23 hospitals.

Prows is excited about this new venture. “How many times in life do you actually get a chance to start something from scratch and try and do the right thing?

He’s also in the process of hiring a sales and marketing director, a chief financial officer and a product development manager.

Before joining the CO-OP, Prows was chief medical officer for Regence/Cambia in Idaho, Oregon, Utah and Washington, having joined the company in 2004 as senior medical director for Regence BlueCross BlueShield of Oregon.

Currently the CO-OP has five board members who include:

To participate in the sharing sessions being held by the CO-OP and learn more about its work, click here.

Image for this story courtesy of 401kcalculator.org (CC BY-SA 2.0).

The latest issue of CO-OP

The latest issue of CO-OP Point of View discusses essential tactics for the prosperity of these plans. Read here: http://www.healthcaretownhall.com/?p=5944