For Millennials, Both Good And Bad News In Senate’s GOP Health Bill 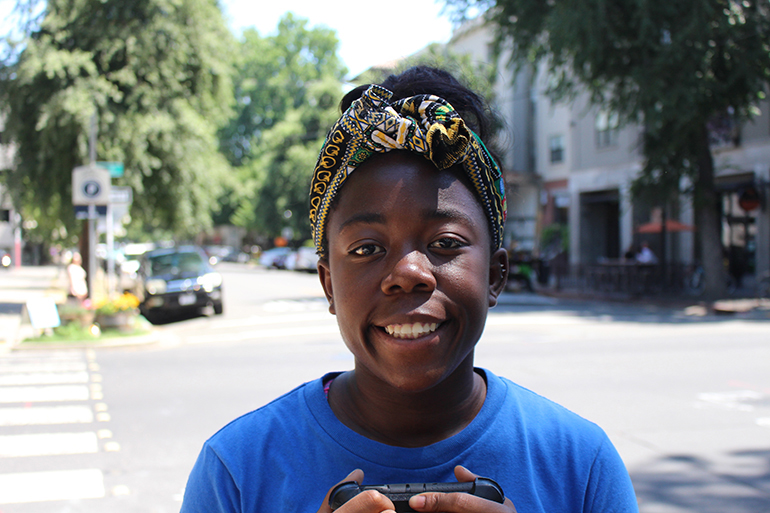 Darlin Kpangbah receives free health insurance through Medicaid and is grateful for the coverage in case of accidents, such as when she tore a ligament in her leg a few years ago. “I feel like I’m injury-prone,” said Kpangbah, 20, who lives in Sacramento, Calif. Without insurance, she said, the injury “would’ve been huge to pay for.”

Young adults like Kpangbah were among the biggest beneficiaries of Obamacare, which helped reduce the rates of uninsured millennials to record lows and provided millions of Americans with access to free or low-cost insurance as well as maternity care, mental health treatment and other services.

Now, Senate Republicans have proposed overhauling the Affordable Care Act — a move that could help some young adults by lowering the cost of their premiums in the private insurance marketplaces but could hurt others who gained insurance through a massive expansion to Medicaid. A Congressional Budget Office analysis of the bill released Monday estimated that 22 million Americans could lose coverage under the Senate bill, which could change significantly before an expected vote before July 4.

The proposed legislation also would retain a popular Obamacare provision that allowed young adults up to age 26 to stay on their parents’ insurance. But the bill in its current form also could dramatically reduce health coverage and care for other young adults, according to the bill’s many critics, which include the American Medical Association and the American Hospital Association.

“Don’t be fooled,” said Jen Mishory, executive director of the advocacy organization Young Invincibles. “This is going to be a bad deal, particularly for the most vulnerable young people.”

Mishory said one of the biggest concerns is that states could opt out of requiring insurers to provide benefits such as maternity care, mental health care and prescription drugs — all commonly used among young adults. “You will see a lot of young people not getting the kind of coverage they need,” she said.

The proposed changes in the marketplaces, however, could make coverage more attractive to young people. The Congressional Budget Office reports that the Senate bill would result in a larger number of younger people paying lower premiums to buy private plans. The proposal would allow insurers to charge older people up to five times more than others, which could mean lower premiums for younger people.

At the same time, the Senate bill shifts the amount people who qualify for subsidies must pay toward their own premiums, meaning that people under age 40 might pay a smaller portion of their income toward coverage than they do under Obamacare.

But young adults could face other cost increases because of larger deductibles and less help with out-of-pocket expenses. Some no longer would qualify for subsidies at all, because the bill would reduce the income threshold for eligibility.

Millions of young adults have enrolled in coverage through the insurance exchanges, in part because of a coordinated push to get as many healthy, young people into the marketplace to balance out older, sicker consumers who were eager to sign up right away.

About 27 percent of the 12.2 million consumers who enrolled in health insurance through the exchanges across the nation in 2017, were 18 to 34 years old. In California, 37 percent of 2017 enrollees were in that age group, according to Covered California, the state’s insurance exchange.

Steven Orozco, who lives in Los Angeles, is among them. He, his wife and 2-year-old daughter have a plan through Covered California. Orozco, who is a real estate agent, said they are all healthy so they don’t use it often, but he has it just in case of broken arms or other unexpected health needs.

Orozco, 32, said that he is concerned about what could happen in Washington and how that might affect his coverage, which currently costs about $450 a month.

Despite potential benefits to young adults in the private marketplace, the most damaging changes under the Senate proposal would be for young adults covered by Medicaid, said Walter Zelman, chairman of the public health department at Cal State-Los Angeles.

In addition to phasing out the expansion of Medicaid, the Senate bill also would result in reduced funding for the program, he said.

“The biggest impact on young people is the dismantling of Medicaid,” Zelman said.

Since the Affordable Care Act took effect, about 3.8 million young adults have gained coverage through the expansion of Medicaid, according to Young Invincibles.

In California alone, Zelman said, hundreds of thousands of young people won’t be able to access Medi-Cal, California’s version of Medicaid, if the expansion is phased out. Zelman, who worked to enroll California State University students into health coverage under Obamacare, said that historically the highest percentages of uninsured people have been young adults, low-income residents, part-time workers and Latinos.

“Those are my students,” he said. “And, more generally, those are young people overall. … Anything that threatens [their] access to health is bad for them,” he said.

It’s unclear whether the proposed Republican overhaul would result in more or fewer young enrollees.

Uninsured Sacramento resident Sydney Muns, 27, works at a nonprofit that doesn’t offer health coverage, and she earned too much money to qualify for Medi-Cal or receive Obamacare subsidies. Muns said she hopes premiums and out-of-pocket costs will decline in the future so she can get coverage.

But Chyneise Dailey, 24, said she plans to purchase health care whether or not she is required to do so. Dailey, who works at Sacramento State, remains on her parents’ Blue Cross health insurance plan, but knows she has only a couple of years before she has to buy her own coverage.

Under both the Senate and House plans to overhaul Obamacare, young women who go to Planned Parenthood for reproductive health and other medical services could be hurt because of a provision to ban federal funding of the organization for a year.

That concerns Niki Kangas, 35, who frequently visits Planned Parenthood clinics even though she has job-based coverage from Kaiser Permanente. (Kaiser Health News, which produces California Healthline, is not affiliated with Kaiser Permanente.) Kangas, of Sacramento, said she is “pissed off” that the Senate’s proposed bill would impose a one-year ban on federal funding to the organization, which is a frequent target for conservatives.

“I’ve used Planned Parenthood a lot, either in between jobs or sometimes it’s just more convenient than going out to Kaiser, like if I just need birth control,” said Kangas, a project manager at a design agency. “I think for people who don’t have insurance through their work that it’s a resource they depend on.”