Nevertheless, it’s sad that Komen has allowed itself to be bullied, according to David Greenberg, CEO of Planned Parenthood of the Columbia Willamette
By:
Christen McCurdy 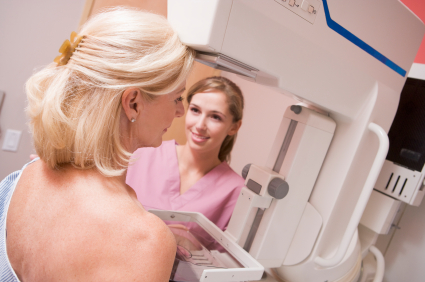 “I'm really sad that Komen allowed itself to be bullied in this way,” Greenberg said, noting that many of his staff – and he himself – have participated in previous Race for the Cure events, and that he believes many people in Portland and Southwest Washington support both organizations. “It's really sad to imagine this partnership ending. It's not the money that is so painful here. It's the loss of services for low-income women and women of color, people who have no other place to go.”

Planned Parenthood clinics see more than 60,000 women per year, and most come for well woman exams – which include a breast exam and Pap smear (which can detect abnormal cervical tissue before it becomes cancerous). Portland-area Planned Parenthood clinics can also perform fine-needle aspirations to examine breast tissue if a suspicious mass is found, but do not perform mammograms.

“I think it's entirely appropriate to say Planned Parenthood is a major provider of breast healthcare in the area,” Greenberg said.

Nineteen Planned Parenthood affiliates nationwide received $680,000 in funding from Komen for the Cure last year, and $580,000 the year before – earmarked for breast examinations. Tuesday, the Planned Parenthood Federation of America – which has a budget of over $1 billion annually -- learned it would no longer provide these grants.

In Oregon, Komen has not taken a position on this decision, but is letting its constituents known how they can contact national headquarters, said, Devon Downeysmith, marketing communications director for the Oregon and Southwest Washington Affiliate of Susan G. Komen for the Cure.

Komen funds about 8,000 mammograms a year for low-income women through its Breast and Cervical Cancer Program, Downeysmith said. If a woman who received a mammogram through the program is diagnosed with breast cancer, she’s automatically enrolled in the Oregon Health Plan.

Meanwhile, Komen told the Associated Press that it had recently revised its grant criteria to exclude making grants to organizations currently under local, state or federal investigation. Rep. Cliff Stearns (R-Fla.) announced an inquiry into whether Planned Parenthood uses federal funding for abortion services. On Wednesday the charity posted a statement to its website which did not mention the investigation, saying its decision had been mischaracterized.

Nevertheless, two Komen affiliates – one in Connecticut and one in Denver – have stated they’ll continue to fund Planned Parenthood affiliates in their respective regions.

Critics point out that Komen's director of public policy is a conservative activist named Karen Handel who ran for governor of Georgia, and has taken a strong stance against abortion. Though her position statement on the issue has been removed from her campaign site, it can be accessed using the Internet Wayback Machine.

It may be time for all of us

It may be time for all of us to "Rethink the Pink." The Komen Foundation has done a number of things in the past few years that reveal its true intent goes far beyond supporting cancer research.