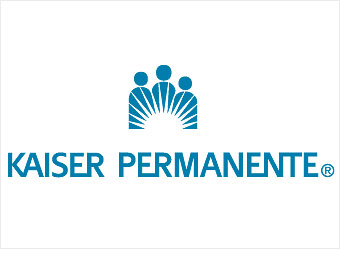 October 4, 2012 -- Kaiser Permanente has bolstered its newly won lead as the state’s top health insurer at the same time as long-time leader Regence BlueCross BlueShield has continued its slide.

And while No. 3 PacificSource still has half the members of Kaiser and Regence, it enrolled more new members than anyone else in the state, according to reports on the first half of 2012 filed with the Oregon Insurance Division.

The filings by Oregon’s seven domestic health insurers show that Regence remains the state’s most profitable health plan, even though it has lost close to 60 percent of its membership in the past five and a half years. At the end of 2007, Regence’s Oregon plans had 1,106,170 people enrolled, not including those covered by self-funded employee groups like the state’s Public Employees’ Benefit Board. In the first half of this year, Regence averaged just 458,750 members – down 10 percent from the first half of 2012, and down 59 percent over the past four and a half years.

Despite Regence’s enrollment drops, its net income – or profit when all spending is subtracted from all revenue sources – was only down 1 percent, year-over-year, to $27.1 million in the January through June period. Nearly as profitable was Providence Health Plan, the state’s fourth largest insurer, which reported net income of $23.9 million. Meanwhile fast-growing PacificSource reported a net loss of $4.2 million in the first half of 2012, after posting a profit of $8.1 million in the same period of 2011. LifeWise Health Plan also lost money in the first half of the year, with a net loss of $439,782.

Short-term losses are not uncommon in the health insurance industry, which can see large fluctuations in investment values and which depends on imprecise estimates of future health care spending. It’s when losses continue over time and erode an insurer’s capital levels that regulators’ alarm bells begin to ring. And over the long-run, all of Oregon’s domestic insurers have been profitable and maintained reserves that exceed requirements – though some are clearly gaining clout in the state as others decline.

Ranked by average membership during the first half of 2012, the state’s largest health insurers now are:

Perhaps nearly as dramatic as Regence’s rapid fall from the No. 1 position has been PacificSource’s rise. At the start of 2009, PacificSource had roughly 130,000 Oregon members and falling. Its statewide membership counts had dropped 13 percent in just two years. Those declines may have reflected the insurer’s expanding focus.

After operating exclusively in Oregon from its 1933 formation, in 2007 PacificSource entered Idaho and in 2008 it was licensed to enter Washington’s insurance market. By 2010, it had acquired ClearOne, which brought it into Medicare and Medicaid markets and made it a player in Montana as well. But recent membership gains – along with PacificSource’s prominent role in Oregon’s health reform efforts – indicate that the insurer is again focused on growing in this state. According to a recent company history, PacificSource has a “vision of becoming the leading community health plan in the region.”

Kaiser was the most efficient in its use of member premiums in the first six months of 2012, spending 95 cents on health care expenses for every dollar of premium it collected. But all of the state’s domestic health insurers exceeded the new so-called “80-20” rule, introduced by the Affordable Care Act. This rule requires insurers that spend less than 80 percent of premium dollars on health care costs to send rebates to the individuals or insurers paying those premiums. LifeWise, which spent 82 percent of premiums on health care, came closest to this threshold.

To review the financial performance of these insurers, click here.