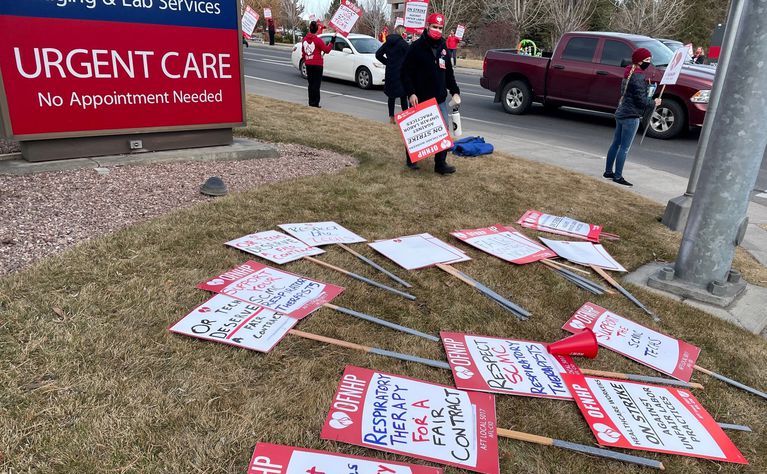 A law firm representing St. Charles Health System has been ordered to pay more than $40,000 for attempting to mislead a federal judge about well-established labor law, according to a recent court order.

The penalty stems from a historic 11-day worker strike at the Bend hospital in March, when about 140 technicians and technologists in the Oregon Federation of Nurses and Health Professionals picketed over stalled contract negotiations.

Last week, U.S. District Court Judge Michael McShane signed a rebuke of St. Charles’ legal strategy leading up to the walk out. The judge found an attorney representing the health system sought a temporary restraining order against the union “in bad faith.”

“Taking note of the tense negotiations going on behind the scenes, the Court finds that the goal of this action was not to advance a valid legal argument or claim, but rather to gain a valuable negotiating chip,” McShane wrote in a Dec. 16 order.

St. Charles is the largest private employer and the sole hospital system in Central Oregon. In an unusual move, it asked both the judge and a federal agency to intervene against the union’s planned strike. Those appeals failed and the union fired back in court, arguing St. Charles’ legal counsel intentionally didn’t tell the judge about key legal precedents, which strongly limit the court’s power to influence labor conflicts.

“This victory proves that our experiences with St. Charles’ leadership were legitimate and that bad behavior by employers will no longer be tolerated,” OFNHP president Jodi Barschow said in a press release.

St. Charles spokesperson Lisa Goodman said in an email the judge’s order is “directed solely against outside counsel, not St. Charles Health System.”

Hutcheson did not respond to emailed requests for comment. He is a “veteran labor and employment law attorney who helps employers in a wide variety of industries manage their labor costs,” according to his firm’s website.

In court records, Hutcheson wrote that he accepts “full responsibility for the fact that we did not initially address the jurisdictional questions,” arguing that under a tight deadline, “we focused on perceived harm instead of jurisdictional issues.”

The March walkout of medical technicians was the first worker strike at the Bend hospital in more than 40 years. In past cases that did not result in a strike, workers have alleged violations of labor laws to state agencies and to the courts, in some cases winning large settlements.