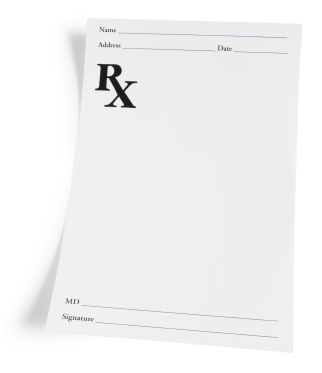 February 24, 2012—A bill that colloquially became known as “the Zoomcare bill” passed the House with 58 votes on Wednesday, paving the way for the clinic chain’s physician assistants to begin dispensing bottled, non-narcotic medication starting in June.

The bill’s advocates say it ties into the state’s efforts to reform healthcare by expanding the type of providers who can dispense medication, which in turn increases access.

“It’s a good bill,” said Rep. Jim Thompson (R-Dallas). “It allows us more flexibility in how we deliver healthcare, particularly through urgent care.”

“As we’re looking for innovative ways to deliver healthcare, this is one small way to do it,” said Rep. Bill Kennemer (R-Oregon City).

The bill creates makes any Zoomcare clinic a "drug outlet," which are licensed with the Oregon Board of Pharmacy and are required to comply with the board’s regulations on storing, labeling and handling medications.

ZoomCare will be required to contract with a licensed pharmacist, who’ll be in charge of complying with the board’s regulations. That person will be responsible for getting a license from the Oregon Medical Board for a license to dispense drugs, and train ZoomCare’s physician assistants, review their dispensing records, and ensure that physician assistants communicate with patients about any other medications they’re taking and educate them about the new drugs.

Physician assistants will also be required to complete a training program, to be developed by the Oregon Medical Board and the Board of Pharmacy, on dispensing drugs.

ZoomCare, which provides basic and preventive care using physician assistants, will only be allowed to dispense bottled, non-narcotic medications, such as common antibiotics and analgesics for acute care and basic preventive illness.

The bill is the result of numerous negotiations between Len Bergstein, Zoomcare’s lobbyist, and representatives of the Oregon State Pharmacy Association and the Oregon Pharmacy Coalition. Those organizations strenuously opposed a similar bill during the 2011 session, citing concerns about patient safety, given that the original bill did not call for any oversight from a regulatory agency.

“This was an enormously contentious bill last session,” Thompson said.

This time around, the bill also had a powerful ally in Senate President Peter Courtney (D-Salem), its sponsor, and faced no opposition, with pharmacy groups remaining neutral. Sometimes it simply takes a few legislative sessions for a good idea to stick, said Bergstein, who called the bill a “modest but meaningful reform.”

“We believe it’s good legislation,” said Bill Cross, the lobbyist for the Oregon State Pharmacy Association. “The amended version that includes the Board of Pharmacy will be a good step toward addressing patient safety.”

Cross also expects the bill to be a model for future legislation if other healthcare providers decide to pursue prescribing privileges. Originally, Senate Bill 1565 included nurse practitioners along with physician assistants, but Bergstein said “we couldn’t quite work out the language.”

The Oregon State Pharmacy Association wouldn’t agree on including physician assistants in the bill, according to Cross, who said it could have blurred the distinctions among the various provider groups and threatened pharmacists.

“To have four years of specialized training in pharmacology and [then] see physician assistants who have very few hours of training [beginning to dispense] is a bit disconcerting” about the profession’s future, he said.

But he added that the legislation is an example of how the healthcare industry is evolving to reduce costs, meet patients’ needs, and increase access by having health providers take on responsibilities typically not traditional of their particular profession.

If you want the public to

If you want the public to have more access to drugs... make them all OTC.. they can self-medicate themselves.. all they will have to do is do 30-60 minutes worth of reading the same package insert that Pharmacists have to have a working knowledge of.. Anything that is quicker/cheaper .. has got to be good .. RIGHT ???

An issue here is that some

An issue here is that some pharmacists have been saying they work such long hours, with so much to do, that they can't be safe. I think the first commenter was being ironic. Nonetheless, better educated patients is a good idea, with quizzes on side effects required and essays comparing symptoms they want stomped with side effects they risk, along with the lifestyle changes that might relieve them of the inconvenience of taking meds for chronic issues.

The central issue appears to

The central issue appears to be whether pharmacists do anything other than accurately label, count pills and accurately fill out paperwork to track where the pills went in case of a recall. If this is all that they are required to do, then nearly anyone trained should be able to do this. It is the PA or other provider who is responsible for knowledge of the medication they prescribe as well as all of the health information about the patient. This change does remove one check in the system but certainly makes it more efficient. Being a physician who has stood in line for a medicine overhearing pharmacists give inaccurate or partially accurate information to others, I confess I do think of pharmacists as fairly limited.

Being a pharmacist who has

Being a pharmacist who has caught COUNTLESS errors made by physicians, which could have literally KILLED their patients, makes me confess that you are not only narrow minded, but VERY limited. There is more to it than counting pills, licking and sticking labels, and sending them out the door. What do you think they teach us during our doctorate program? Do you think we just sit around counting competitions? Wow.

Just remember , all you need

Just remember , all you need to get into a 24 mo PA program is a high school education or GED . I agree cut out the middle man - no providers - all self serve , drugs /procedures ect . NO TRAiNING REQUIRED . How much $$ iis Zoomcare going make on the mark up for their 7/11 healthcare.

It does take more than a GED

It does take more than a GED to get in to a PA program. These programs are certainly more rigorous than other mid- level programs. Howeve, this is politics guys. Unfortunately, family docs and general internist initially, then pediatricians will all be replaced by non physicians. Eventually we will see mid-level specialists. Why? Cheaper of course. It will be " fine" about 90% of the time, but if you are in that 10%, you'll have a problem. Too bad This will all be viewed as simply disruptive innovation.