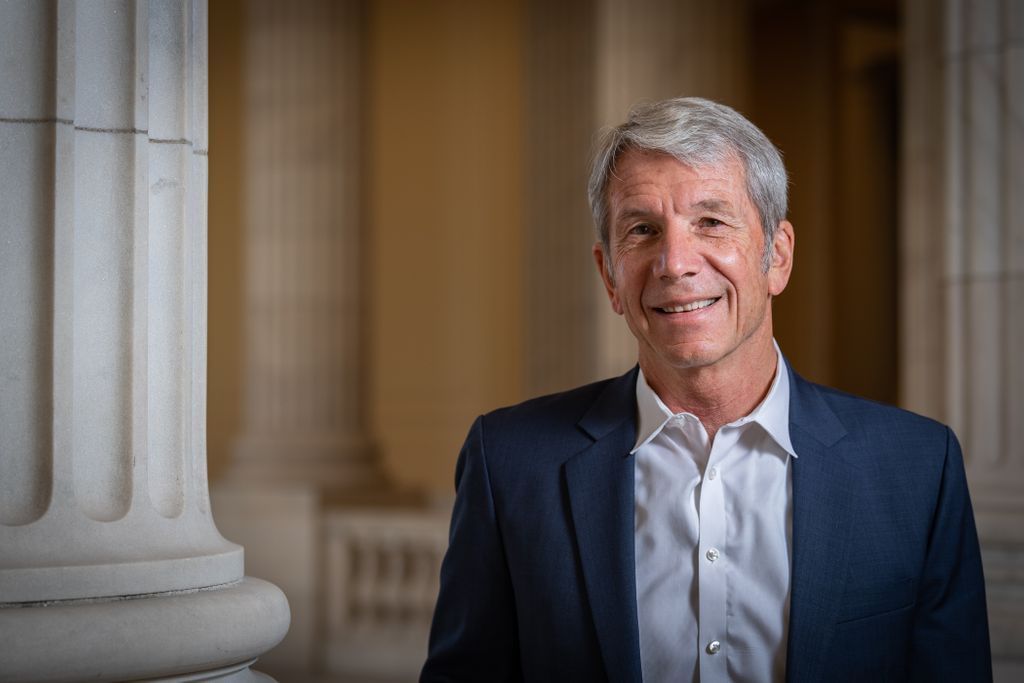 In a May 2 letter, the group of about 50 health care practitioners, including physicians and nurses, “respectfully” requests the removal of the campaign ad. Dr. Samuel Metz, a retired Portland anesthesiologist and health policy activist, spearheaded the letter.

Schrader, in his response, defended his pursuit of more modest reforms, and cited his efforts to cap the costs of insulin.

The scrutiny of Schrader’s record centers around his role in the evolution of Build Back Better, President Joe Biden’s $1.9 trillion infrastructure proposal for rebuilding after the pandemic, when it was up in the House.

“It doesn’t have a chance of passing the Senate,” he told The Lund Report, saying the vote would clear the way for more moderate reforms. “It’s time to move on.”

When the House finally passed the bill in November, it included a provision to cap insulin to more than $35 a month for seniors on Medicare. That provision is what Schrader takes credit for in his pitch to voters.

The proposal in the committee Schrader opposed would have allowed Medicare to negotiate all in-patient and outpatient drugs. The Build Back Better bill that passed the House would have allowed negotiations for far fewer medications types than the language Schrader killed. That’s much closer to a bill Schrader had introduced with U.S. Rep. Scott Peters, D-California.

Build Back Better has since stalled in the Senate and appears unlikely to cross the finish line.

“He cannot, as his ad suggests, indicate that he is a champion of lowering the costs of medication from Medicare patients who need these medications to stay out of the hospital,” Metz said in an interview. “Insulin is not the only expensive drug that Medicare patients need.”

The letter links to a 30-second digital ad in which Schrader introduces himself to voters in Oregon’s Fifth Congressional District, saying he is  “making a real difference” by “taking on drug companies to lower insulin costs, making sure Medicare can negotiate lower drug prices.”

Schrader, a Democratic representative, is running for a seventh term and faces a Democratic challenger in the May 17 primary, Jamie McLeod-Skinner. Progressives have called Schrader too moderate and his vote against the drug pricing proposal has given his opponents additional fodder for election season.

In a statement in response, Schrader said:  “I believe that every person in this country should have access to quality, affordable health care. That’s why I’ve pushed to expand the Affordable Care Act, lower the cost of health insurance premiums and prescription drugs, and strengthen protections for people with pre-existing conditions. I played a major role in securing my plan in the Build Back Better legislation to cap the

price on insulin to $35/per month allowing Medicare to negotiate prices.”

But the Oregon providers behind the letter insist that more can be done to lower drug prices and reform the Medicare system that allows prices to gouge consumers.

The letter points to a 2021 Congressional Budget Office report, which found prescription drug prices would drop significantly if Medicare had leeway to negotiate.

“Instead, we request you support legislation allowing Medicare to fully negotiate drugs for all medications, both outpatient and inpatient, and for both Traditional Medicare and Medicare Advantage patients,” the group’s letter says. “As you and many voters well know, federal law prohibits Medicare from negotiating drug prices. Drug companies sell to Medicare at whatever price the market will bear. Medicare is the only healthcare insurer in the nation prohibited from negotiating drug prices. This prohibition contributes to Oregonians massively overpaying for their prescription drugs.”

In pointed language, the letter urges Schrader to stop airing the “false advertisements and instead acknowledge your record of protecting high drug prices.”

Long a moderate voice in Congress, Schrader’s ties to the pharmaceutical industry are deep. He inherited a fortune from his grandfather, who was a Pfizer executive, The Associated Press has reported.

For House candidates, Schrader is the third-highest recipient of campaign cash from the pharmaceutical manufacturing industry this election cycle, according to OpenSecrets, a non-partisan group that tracks campaign donations. This election cycle, he has received $67,000, campaign finance data show.

Too bad most voters won't see it.  I understand the dilemma of modern journalism and I understand  why it has gone the way it has, but by its very nature it is not serving the purpose that is intended, which is to inform, with accurate information, the majority of the population.

Thanks, Mark. We are working on ways to address this.