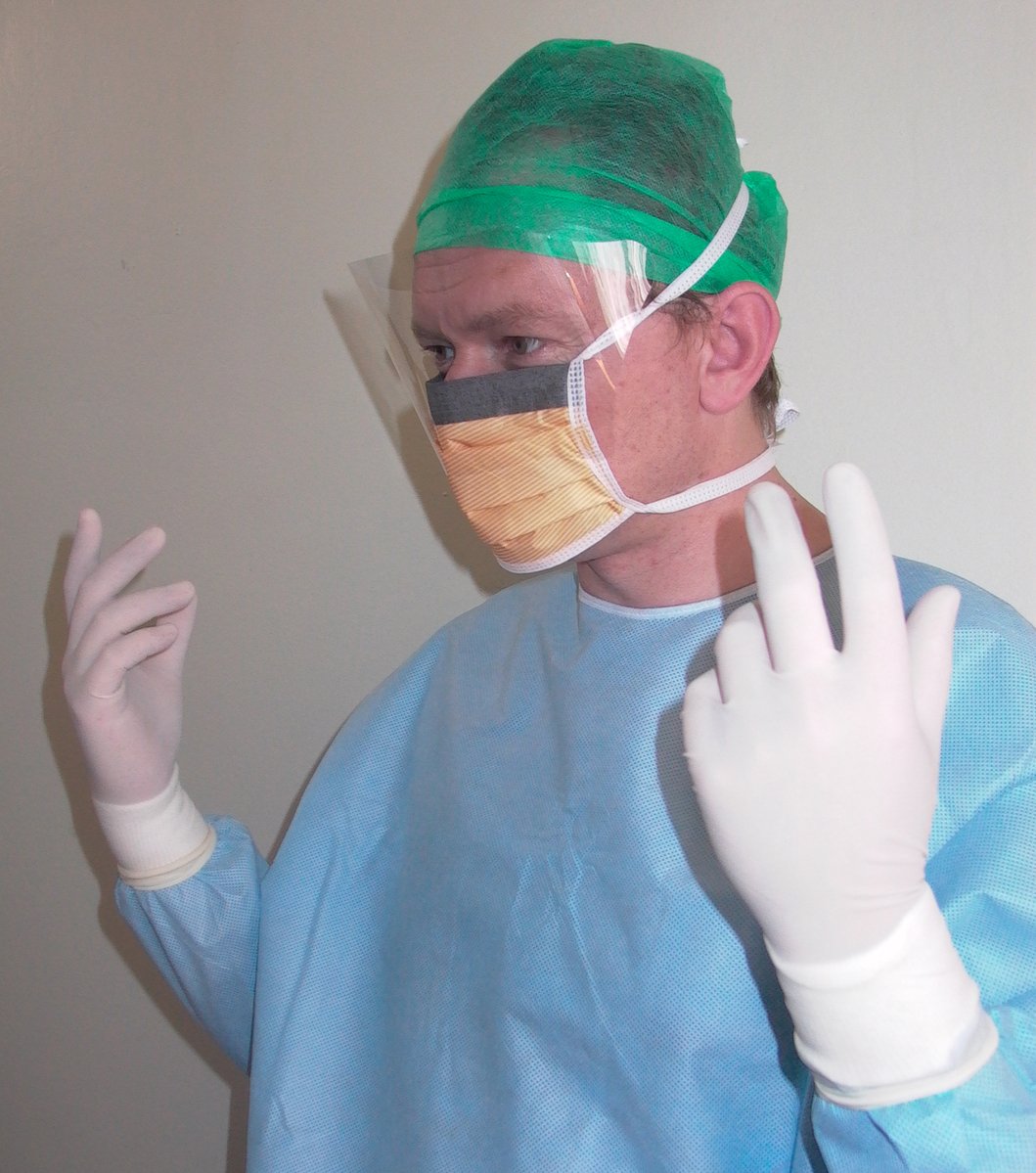 A surgeon prepares for an operation./Adam Ciesielski

So far, Oregon public schools remain open and the state’s health care workforce is not yet overwhelmed by the coronavirus outbreak.

But that could change. Behind the scenes, state and public health officials are preparing for a potential health crisis unlike anything Oregonians today have ever seen.

Gov. Kate Brown’s letter to Vice President Mike Pence, sent Wednesday, offers a window into what the widening crisis may look like in the future. The picture is grim. The state is prepping for mass quarantines, shuttered schools and overwhelmed health care workers without personal protective equipment.

“We are already starting to see the ways that Americans’ lives will undoubtedly be disrupted as this disease spreads,” Brown wrote in the Wednesday letter, which calls the requests “critically necessary.”

Infections are spreading in Oregon, with three more cases announced Thursday. So far 24 are ill. But Brown said at a press conference Thursday she expects the state to be hit with thousands of cases. Another 252 Oregonians are in a two-week quarantine because they were potentially exposed to the virus.

The letter seeks help in addressing a shortage of medical supplies. Brown also is concerned about families and businesses facing economic collapse, sparking a severe recession. The seven-page letter, in stark terms, outlines the broad needs of Oregon and the potential widespread impact of COVID-19 on the state.

“States are on the frontlines of both the public health response to COVID-19 and the economic response, providing lifelines to our citizens to keep a roof over their heads, food on the table, and money to pay bills when they may have to take time off to care for a sick loved one or when their employer scales back their hours due to a slowdown,” Brown wrote.

"To date, we have received none of the requested" personal protective equipment, she wrote. “We are concerned that as this outbreak intensifies, we will run out of this important (equipment)."

Though Brown said at a news conference Thursday she wants schools to remain open, her letter suggests that could change soon. She asked for the U.S. Department of Agriculture to quickly grant a waiver allowing the state to continue providing free and reduced lunches if schools are closed. Public schools rely on federal funding for the school lunch program.

If a presidential disaster is declared and school districts are closed, Brown said, the districts could deliver meals to local food banks.

The letter also sought flexibility in the use of Medicaid or other federal funding to address health care staffing shortages in Oregon.

“We anticipate health care staffing shortages will be an issue as providers face absences due to COVID-19,” Brown wrote.

Brown asked for Medicaid enhancements. This includes a higher federal matching rate for the state to deal with potentially more hospitalizations, increased treatments, and an increase in people who are unable to work and enroll in Medicaid.

Brown wants the state to be able to give Oregonians unemployment benefits more quickly and easily with less red tape. She asked that the pandemic be included in disaster unemployment assistance, which currently helps people who suffer from other natural disasters.

“Additionally, as schools and child-care facilities experience closures, educators, custodians, bus drivers, food service staff and many others will be out of work and without pay,” Brown wrote. “This will create a tremendous hardship on low-wage workers.”

She suggested that  Congress set up an emergency fund, similar to the financial stimulus package adopted in 2009 in response to the Great Recession to help states set up tailor-made programs like preventing children from eviction and other hardships.

“As this public health situation and resulting economic dislocation unfolds, states will need resources to provide basic income assistance and emergency aid to families and individuals facing real economic hardship, which may be brought on by a rapidly deteriorating employment situation, closed businesses due to COVID-19 transmission, closed schools that keep parents from jobs, or lost jobs or income due to illness or a need to self-quarantine,” Brown wrote.