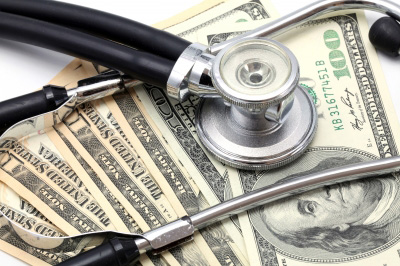 One point drew clear agreement Tuesday during a House subcommittee hearing: When it comes to the problem of surprise medical bills, the solution must protect patients — not demand that they be great negotiators.

“It is the providers and insurers, not patients, who should bear the burden of settling on a fair payment,” said Frederick Isasi, the executive director of Families USA. He was one of the witnesses who testified before the House Health, Employment, Labor and Pensions subcommittee of the Education & Labor Committee.

Surprise, or “balance,” bills happen when patients go to a hospital they think is in their insurance network, but are then seen by a doctor or specialist who isn’t. The patient is then on the hook for an often very high bill — sometimes exceeding thousands or even tens of thousands of dollars.

Surprise billing is one of the rare public policy problems that is both bipartisan and in need of a federal solution. Around 60 percent of people are covered by employer-sponsored insurance, which is regulated by the federal government, and are not protected by the nearly two dozen state laws governing balance billing.

“We have people on this committee that have done yeoman efforts to come up with solutions in their own states,” said Rep. Tim Walberg (R-Mich.), the panel’s ranking member. “I think we have a head start in understanding some of the pitfalls to stay away from and some of the benefits we can go directly toward.”

Several policy solutions have been introduced in Congress and discussed at the White House, but the witnesses testifying before the panel were firm that any answer needed to be worked out between key stakeholders — providers and insurers — instead of forcing consumers to file complaints and go through arbitration processes.

The problem, according to testimony, needs to be solved at the root. Instead of allowing a situation in which patients must negotiate a payment plan after receiving a surprise bill, hospitals and insurers need to remove the incentives for doctors to remain out-of-network.

Right now, if doctors opt out of an insurance network, they can charge prices that are “largely made up,” said Christen Linke Young, a fellow at USC-Brookings Schaeffer Initiative for Health Policy.

“We need to limit how much they can be paid in out-of-network scenarios to make it less attractive,” Young said.

Experts offered a few solutions, like capping how much providers can be paid if they are out-of-network. Ilyse Schuman, senior vice president of health policy at the American Benefits Council, suggested capping reimbursement for out-of-network emergency services at 125% of what the physician would get from Medicare.

“We pay our providers less and can keep less than 10% of nurses we train in the area because we can’t pay them,” Roe said.

Though Rep. Susan Wild (D-Pa.) acknowledged surprise billing is one problem that both parties are motivated to solve, she was skeptical that a path forward was on the horizon.

“Isn’t the real problem the fact that we’ve turned over our medical system to private market forces?” she asked.

While price transparency is often touted as the antidote to high medical bills, panelists were adamant that more information alone is not enough to stop balance bills.

Patients usually can’t shop around for an anesthesiologist, for instance, no matter how much information they have.

“Notice isn’t enough here; even if the consumer has perfect information, they can’t do anything with that information,” Young testified. “They can’t go across town to get their anesthesia and go back to the hospital.”