Expert explains what might be next in Oregon’s battle against COVID, flu 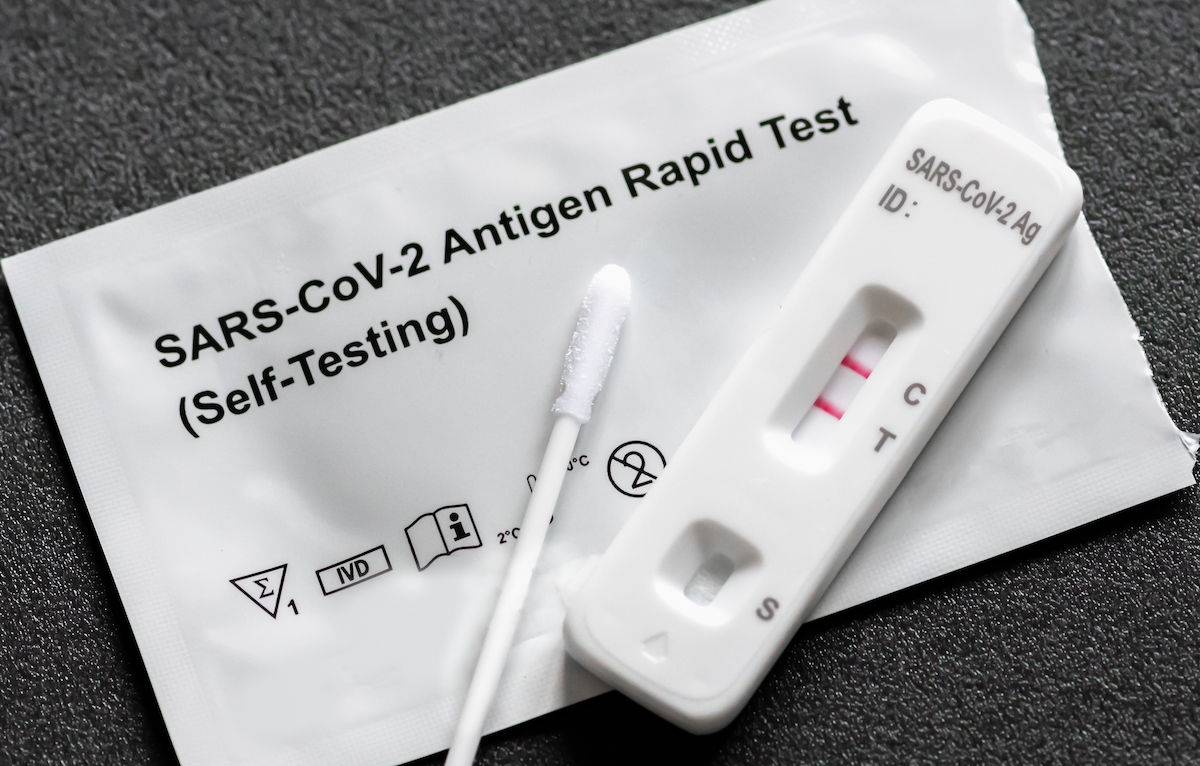 You can listen to the conversation at Oregon Public Broadcasting.

Over 9,000 Oregonians have died from COVID-19 since the start of the pandemic. Hospitals are currently crowded with patients suffering from the “tripledemic” of RSV, flu and COVID-19. And a new variant of COVID known as “kraken” has come to the forefront.

What should we expect from the global pandemic in 2023? For help sorting it out, OPB’s Jenn Chávez spoke to Dr. Bill Messer. He’s a physician and scientist specializing in viral infectious diseases at Oregon Health & Science University.

Jenn Chávez: So let’s start off with this new COVID variant XBB.1.5. It’s also known as “kraken.” It seems to be the most transmissible variant yet, but like earlier subvariants of omicron, it has relatively mild symptoms. Is that on trend with what we can likely expect going forward: COVID is around forever, but it just starts to look more and more like the flu?

Bill Messer: I think broadly speaking, that’s a reasonable assumption to make. But one of the things that we’ve learned about SARS-CoV-2 is that it has the capacity to throw curve balls all the time. Most of those curve balls have been around transmissibility: We’ve thought we’ve seen the most transmissible coronavirus yet, and then another variant emerges that is even more transmissible. So far, as you pointed out, those variants have not tended to make us sicker than the previous variants. And it’s important to remember that the virus’s objective — if you want to think of it as something that has goals and motivations — is to be transmitted from one person to another person so that it can be replicated. It isn’t necessarily to make us any sicker; only if making us sicker actually improves its transmissibility. Giving us symptoms like coughing and runny noses does improve its transmissibility, but landing us in the hospital, for example, doesn’t necessarily. So the virus is always evolving to be transmissible, to make it from one person to another, and whether or not it makes us sicker is not necessarily what it’s trying to do. But if, in that evolutionary process, there is something about the way that we get sick that also contributes to its ability to transmit, then that could emerge. That seems less likely at this point, but I think that remains a possibility, which is one of the reasons we really need to continue to keep an eye on this virus: It is not done changing.

Chávez: At what point does it cease to be useful to carefully track COVID numbers and begin just considering it as part of the respiratory disease noise that we experience?

Messer: That’s a really good question, because there is such a heightened degree of vigilance that came as a result of the pandemic, and we now always want to know, when we have a runny nose, is it COVID, or is it just a cold, or is it influenza? I think to a certain degree, a lot of what has happened in the hospital this year, or last year leading up to this year, has been — What’s going on with hospitalizations? Because that is always the pressure point in our health care system. And so, we report flu numbers for people largely who present to emergency departments and clinics complaining of symptoms that lead them to seek medical evaluation. That’s the case for RSV too. Ultimately, I think we’re gonna fall in that boat for COVID as well, as a way of monitoring activity of the virus. I think it will become part of our regular surveillance for things that might make us sick. Historically, that’s always been surveillance for the seasonal respiratory viruses. Whether or not COVID turns out to be a seasonal respiratory illness remains to be seen, but we test for flu even in the summertime if the symptoms are right. And so, I think that it will be something at the level of clinical monitoring and reporting that will take shape probably in the next year, as we start to normalize the way that we think about this virus.

Chávez: China ended its zero COVID policy last month and infection rates there have soared. As one example, that’s obviously a huge population for the virus to travel and mutate through. How often should we expect new variants to emerge?

Messer: It may very well not behave like influenza, which does sort of have a predictable cyclic pattern of variant emergence. It’s very hard to say. Whether it would come out of China, or the United States, or some other area of the world where host immunity has waned to the degree that transmission goes up, it’s those situations that always will be the most likely to give us variants. China certainly has a lot of transmission going on right now, and it seems plausible that that is kind of a hotbed for variant generation. But rather than thinking of it in terms of seasonality, I would think of it in terms of, where is transmission high and where is transmission low, and monitoring the high-transmission areas of the world for variant emergence and then expansion. It’s a more concerted effort than what we do right now for influenza. Ultimately, for something like that to work, it would require coordination at the global health level to monitor all of the potential hotspots in the world. That’s really, I think, where it would come from, but I don’t know how often these variants are going to emerge.

Chávez: Thinking about vaccines: How quickly do you imagine new boosters will be developed for new variants, and are vaccines even effective against transmission anymore, or do they just prevent severe illness?

Messer: I think we are best served by thinking of the vaccines as preventing or limiting illness and not blocking transmission. There was a brief period at the very beginning of the pandemic when that was sort of hinted at by the vaccines, but I think that the lesson we’ve learned over the last two years is that we need to think of this in terms of protection from symptoms, protection from severe illness, protection from death. How often do new vaccines need to be rolled out? There are two questions, I think, embedded in that. One is the evolutionary question of, how often is the virus going to mutate away from our vaccines? The second is the logistical question, how frequently can we manufacture, deliver and administer a new vaccine in a rational way that doesn’t leave us vaccinating against last year’s virus and not this year’s virus because of that time lag? On a practical level, it seems to me that a year may represent the logistic barrier to designing, rolling out and distributing a new vaccine, but the virus is always evolving ahead of that. So I don’t know, ultimately, if even that strategy would be a foolproof strategy, but it’s probably the best one we would have for keeping people out of hospitals.

Chávez: How do you understand global immunity to the various strains that we’re seeing of COVID right now?

Messer: That’s a very difficult question to answer, because as you know, and as we’ve all seen over the last couple of years, the virus moves in waves across the globe, and if it takes it four months for for a wave to go from Africa to Oregon, there’s going to be a real disconnect between the immunity that exists in Africa, for example — I’m thinking of omicron — and the West Coast. So global immunity is going to be out of sync, with different continents or different populations that share transmission risks having different susceptibilities. It may be that over time that develops, a sort of harmonic frequency where it becomes kind of predictable: It emerges in one place, it moves across the globe in this pattern, as influenza has done. But it’s hard to say at this time whether or not there will be any sort of harmony in global susceptibility to new infection with SARS-CoV-2. It’s very hard to predict something like that.

Chávez: Right now we’re dealing with RSV, flu and COVID at the same time now. OHSU’s latest forecast said that RSV and flu have peaked and are declining. But still, do you see anything else on the horizon to add to that mix? For example, a stronger variant of flu?

Messer: The short answer, based on our prior knowledge of how RSV and flu have gone so far this year, and how traditionally RSV and flu go, along with other respiratory viruses, is: I don’t necessarily foresee a really significant deviation from what’s been predicted. In general, I think that this pattern seems like a pattern that is so far, apart from it coming earlier, repeating a well known description: The disease hits a population that’s susceptible, it peaks as that population develops some level of immunity or they’re recovering, and then rates drop off. That very much seems to be what’s happening now with RSV and influenza.

Chávez: One victim of the global pandemic has been our health care industry. Workers are burnt out, hospitals are overwhelmed by all these respiratory ailments causing people to need emergency care, and it seems like even a little spike in infection numbers causes hospitals to run out of beds. And I know this isn’t exactly your field of expertise, but how do we get out of this hole?

Messer: What an interesting and challenging question, because as you just described, we have this backlog of illness that doesn’t necessarily have anything to do with the COVID, RSV and flu waves but has filled up the hospitals, leaving us very little headroom to make room for these seasonal floods of patients. I think long term, we have ground to make up still in caring for our chronically ill population. We may make up that ground, slowly, so that they’re no longer the victims of neglected care because of the urgency of the pandemic. And that will bring numbers down, I think, to a certain degree. But there’s a much bigger elephant in the room around that, which is, are our health care services adequate to sustain the needs of our population? COVID-19 really tested that question, and says perhaps we really need to increase our capacity in the hospitals, but also our capacity to provide primary care to people who are especially living on the margins of access to care. These are a lot of the people who are winding up in the hospitals with both the respiratory illnesses and with the chronic illnesses. I think there’s a much bigger conversation around, how do you improve the delivery and maintenance of health care in this country, embedded in that question. We’ll get some of the backlog taken care of, but there’s still a limitation of resources at baseline that puts us at risk of going through these cycles again and again and again.