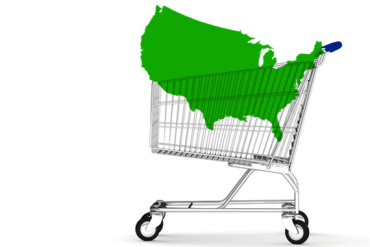 On fishing piers in Maine, inside public libraries in rural Iowa and at insurer-run retail stores in Minnesota, the hunt for uninsured Americans will reignite Sunday when Obamacare’s third open enrollment season starts.

But the job will be more difficult this time as the number of uninsured Americans has fallen dramatically.

[us cart exchange 570] The past two sign-up periods were triumphs. About 9.1 million people are expected to have coverage at the end of 2015 from private plans bought last winter on the health law’s insurance exchanges. More than 6 million were in such plans at end of 2014. Millions more have used the online exchanges to sign up for expanded Medicaid in 29 states.

About 29 million people are still without health insurance, government estimates show — down more than a third since 2013. About half are eligible for subsidized coverage through the marketplaces or can enroll in Medicaid. Signing them up won’t be easy, Obamacare navigators and advocates say. Many don’t see the need for coverage, they believe it’s too expensive or they are unaware of financial assistance to lower the costs for insurance, surveys and interviews have found.

The Obama administration has set modest goals. It estimates about 10 million people will enroll on the marketplaces in 2016, an increase of 900,000 from this year. Open enrollment runs through Jan. 31, but the deadline is Dec. 15 to get coverage starting Jan. 1.

To keep up momentum, an army of advocates, health industry groups and consumer assistance organizations have revised strategies to attract more people to sign up and help others renew coverage.

In Florida, where 15 percent of the population is uninsured, federally-funded consumer navigators will visit prisons to explain new insurance options to inmates due for release in two months and then meet with them soon after release to complete applications. They will marshal more translators to help non-English speakers and man information booths at community college campuses where the rates of uninsured are typically higher than at four-year schools.

“In a state like Florida there is still plenty of room to grow” to cover more uninsured, said Jodi Ray, project director at the University of South Florida who oversees a nearly $6 million federal navigator program in the state this season. “It will take us a while to run out of people to reach.”

In Maine, Fishing Partnership Support Services, a nonprofit that helps commercial fishing workers, plans to meet them on the docks to explain how to get health coverage and keep it. “We blanket the fishermen with information and go to where they are,” said J.J. Bartlett, the president.

Backed by a $79,000 federal navigator contract this season, the partnership will brief fishermen’s spouses and children — who work in offices and at the docks — to help educate fishermen about the need for coverage. It will also send postcards to 20,000 Maine fishing family households, stressing the financial risks of going without health insurance in an occupation as hazardous as theirs.

Several Blue Cross and Blue Shield plans – including those in Minnesota, Pennsylvania and Florida –have opened a handful of retail stores so potential enrollees can get face-to-face advice. Providing more one-on-one assistance now is essential, according to Anne Filipic, president of Enroll America, a nonprofit with staff in 14 states. “We absolutely do face new challenges as the remaining uninsured require a more sophisticated outreach,” she said.

A higher penalty for failing to get coverage should help. The fine will double next year to $695 per person or 2.5 percent of one’s annual income above $10,150, whichever amount is larger. Those who can afford to buy insurance but don’t must pay the penalty unless they get an exemption. “That can be a motivating factor…not presenting it as a threat but informing people of it,” Filipic said.

However, Enroll America and other groups say they will stress that most people are eligible for federal subsidies to help pay for coverage. More than eight in 10 people getting marketplace coverage the past two years received a subsidy. The group also intends to target hourly workers most likely to lack coverage through their jobs.

In many states, online marketplaces will offer more health plans than last year because major insurers such as UnitedHealthcare are expanding into more exchanges. Kurt Berke, navigator manager for Planned Parenthood of the Heartland in Des Moines, Iowa, said at least three insurers will be on Iowa’s exchange, up from one last spring.

Karen Wielert, a navigator in Iowa City, Iowa, will enroll people at community centers, public libraries and health clinics over the next three months. If the weather cooperates this winter, she hopes to reach people in 27 mostly rural counties.

Erin Hemlin, national training director for Young Invincibles, a nonprofit that advocates for young adults on health and other issues, said her 50-member staff will sign up the uninsured at colleges and bars. There will be outreach to teens, too, including 4-H club members, in hopes they will take back enrollment information to their parents.

Millions of people who have health insurance under Obamacare are also assets in this year’s enrollment drive, Hemlin says. They “are validators and story tellers who can spread the word with their own experiences to bring others in the door.”