If the Legislature passes HB 2870 giving cigarette taxing authority to counties, the Multnomah County Chair told the Senate Finance Committee that Oregon’s most populous county would consider raising taxes by a half dollar.
By:
Christopher David Gray

April 30, 2013 — Multnomah County Commissioner Jeff Cogen told the Senate Finance and Revenue Committee on Monday that the state’s biggest county would consider a 50¢ cigarette tax if the state allows counties to collect their own tobacco tax.

“It’s not the perfect solution, but it is doable,” Cogen said. “Counties in Oregon are in a crisis that is fiscal in nature.” 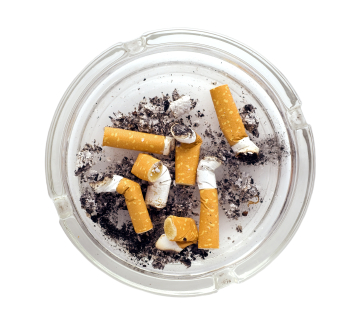 Current law prohibits local jurisdictions from enacting their own cigarette taxes, though they do share in revenues from state tobacco taxes. House Bill 2870 would lift that restriction for counties and allow them to tax smokes equal to the state tax — $1.18 per pack for cigarettes.

The bill requires that 40 percent of revenues be spent on tobacco cessation programs or on public mental health and addictions services.

Cogen’s proposal is less than half the amount that Multnomah County would be able to raise and would increase a retail price of cigarettes in Portland to nearly $6 a pack — still a far cry from Chicago or New York City, where the average pack is more than $11.

Sid Leiken, the chairman of the Lane County Commission, said his county could follow the path of Multnomah County, but would likely refer the issue to voters in a ballot referendum to help offset the devastating loss of revenue from an expired federal timber sales offset program.

The Senate Finance and Revenue Committee has three Democrats who are likely to support HB 2870 and two Republicans who are vocally opposed to it — Sen. Larry George, R-Sherwood, and Sen. Ted Ferrioli, R-John Day.

George said that he personally has shopped around to save 60¢ on Diet Coke and would expect cigarette-buyers to do the same if tobacco prices were higher in Multnomah County than Clackamas County.

He also argued that counties couldn’t have it both ways — they couldn’t discourage smoking and still expect to build their mental health budgets based on increased taxes from a product in decline.

But in its testimony, the Tobacco-Free Coalition of Oregon cited a Congressional Budget Office study that showed every time a taxing authority has increased cigarette taxes, the increased revenues more than offset the decline in cigarette sales.

“We would prefer there were no cigarettes for sale,” said Chuck Tauman, president of the Tobacco-Free Coalition of Oregon. “But tobacco sales will go on because this is a product that is addictive.”

Tauman and Cogen both mentioned that the biggest group that will stop buying if faced with higher prices are teenagers, who are both very price-sensitive and have not yet become addicted to the cancer-causing product.

Ferrioli brought up the Tobacco Master Settlement Agreement, reminding the committee that not one dime of the $1 billion that Oregon has received from the tobacco industry has gone to tobacco prevention, as previous Legislatures had decided to use the money to pay off bonds and balance the general fund budget.

House Bill 2136, which is currently in the Joint Committee on Ways & Means, would dedicate 10 percent, or $12 million of the annual receipts, from the agreement toward the state tobacco-prevention program. An additional $120 million would be directed toward the Oregon Health Authority for unspecified “healthcare initiatives,” which could include tobacco prevention and cessation.

Trillium Community Health Plan, a CCO in Lane County, has already taken the initiative to use some of its administrative resources for tobacco cessation. CCOs are tasked with delivering healthcare to the state’s Medicaid population, nearly one-third of whom report smoking.

“One [bill] will bankrupt businesses and make people unemployed,” Ferrioli said. “And one will put money where it was meant to go.”

Ferrioli didn’t mention how much small businesses that rely on tobacco sales would be hurt if those tobacco cessation programs were effective in getting people to quit buying their products.

Chris Gerard, the president of Plaid Pantry, said 40,000 of his convenience store chain’s 70,000 customers buy tobacco, although cigarettes are often just a way to attract them to products with higher profit margins, like fountain pop.

Opponents of the bill repeated similar arguments they made in the House, that keeping track of county cigarette stamps would be unduly burdensome and increasing taxes in one jurisdiction but not another would cause cigarette smuggling.

The cigarette distributors claimed that almost half the cigarettes smoked in Washington go untaxed due to smugglers crossing into Oregon or buying on Indian reservations, citing figures from the corporate lobby group Mackinac Center for Public Policy.

“Oregon is the beneficiary of hundreds of millions of dollars with Washington’s tax,” Ferrioli said.

But while both sides agree that higher taxes will cause at least some reduction in smoking rates, Tobacco-Free Kids has noted that Mackinac arrives at its high smuggling numbers by assuming that smoking rates across states are consistent despite the higher taxes that are allegedly enough to drive consumers to smuggle them from elsewhere.

A pack of cigarettes is $3.025 tax per pack in Washington. At $1.18 per pack, Oregon’s tax is in the bottom half of states but it is still higher than neighboring states California, Nevada and Idaho.

The bill was also opposed by Associated Oregon Industries and the Northwest Grocery Association, whose lobbyists both stated that statewide consistency would be preferable in tax policy to a county-by-county cigarette tax structure.

Remarkably, J.R. Wilson, the lobbyist from Associated Oregon Industries, mentioned his organization’s support to an idea that Rep. Mitch Greenlick, D-Portland, told The Lund Report — a state cigarette tax revenue proposal where counties could share in the proceeds.

“That is something we can get behind,” he said.